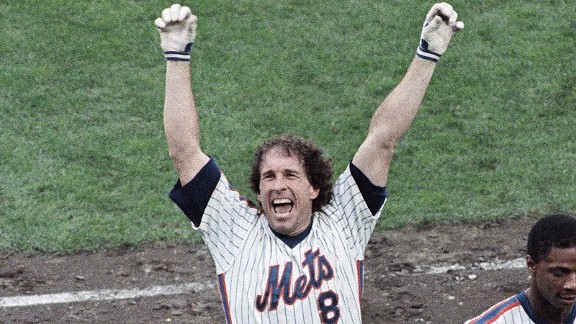 My Wall Street Journal op-ed saluting baseball great Gary Carter now seems to be out from behind the paywall. I wish I had written it while he was still alive, but I just couldn’t bring myself to do it. I’m not sure I would’ve done it even now, but one of my brothers browbeat me into it. Anyway, here’s the opening:

I never met baseball Hall of Famer Gary “Kid” Carter, but his death last week from brain cancer at age 57 moved me deeply. Some 25 years ago, his life and his style of play spoke to me and inspired me in a moment of terrible need. It was an example of what celebrity can do when it’s done well.

The second half of my life has been so bright with blessings that it’s difficult for me to think back to the 1980s, when I could see no end to my emotional pain. Personal demons left me blind to the gifts that God had showered on me so generously. I began to think my beautiful wife and baby daughter would be better off without me.

I can’t really say how serious I was when I began to contemplate suicide. But I remember one night, sitting alone in my room in darkness, smoking cigarette after cigarette as I considered the ways in which I might put an end to myself.

The radio was on, playing a Mets game. I’d been trying to listen before the dark thoughts took over. By the time the ninth inning came around, I wasn’t paying attention at all.

One sentence ran through my mind again and again: “I don’t know how I can live.”

As I write, you can read the whole thing here.  If they put it behind the wall again – buy the paper!