Communist China withheld vital information from the World Health Organization concerning the deadly coronavirus during the early stages of the outbreak in Wuhan, according to leaked documents.

Confirming what many had suspected, recordings leaked to the Associated Press show that Communist Chinese strongman Xi Jinping’s government “sat on releasing the genetic map, or genome” of the novel coronavirus “for over a week after multiple government labs had fully decoded it.” As a result, health officials at WHO, in the U.S., and around the world were missing “details key to designing tests, drugs and vaccines.”

Beijing kept the details of the genome to itself, wasting precious time and lives as the coronavirus went global. According to the AP, the Communist government only released the data after it was leaked to a virology website on January 11. “Even then,” the report states, “China stalled for at least two weeks more on giving WHO the details it needed” to begin the fight against this new coronavirus out of Wuhan.

The AP says that “strict controls on information and competition within the Chinese public health system were largely to blame,” all of which are dysfunctions common to an authoritarian state. 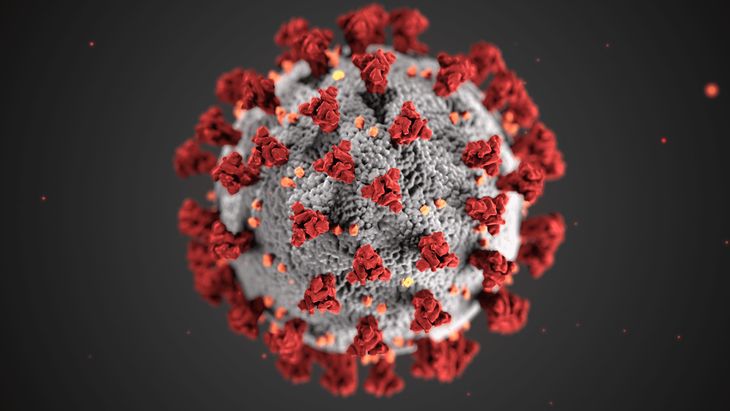 CDC image of the Wuhan Virus.

The leaked material quotes WHO’s Dr. Gauden Galea is saying, “We’re currently at the stage where yes, they’re giving it to us 15 minutes before it appears on [Communist Chinese-run TV network] CCTV.” So Beijing could claim to have given the coronavirus information to WHO that they needed, but certainly not in time for WHO to do anything useful with it.

Another writeup from The Guardian notes that Beijing didn’t admit that the Wuhan Flu could be transmitted between humans until January 20. If the AP’s sources are correct, that’s at least two weeks after the Communist government must have known just how easily transmissible the Wuhan novel coronavirus really was.

Biden Blames Trump for 60K Coronavirus Deaths for Not Shutting Down Country Earlier, But He Held Rallies Through March 10

While Beijing enforced a ruthless lockdown on Wuhan and the surrounding region during the early stages of the coronavirus outbreak, Xi’s CCP continued to allow Wuhan residents to freely travel around the world, especially to hard-hit Italy.

Here’s a key bit about WHO, China, and the coronavirus from the AP:

The new information does not support the narrative of either the U.S. or China, but portrays an agency now stuck in the middle that was urgently trying to solicit more data. Although international law obliges countries to report information to WHO that could have an impact on public health, the U.N. agency has no enforcement powers. Instead, it must rely on the cooperation of member states.

At the time, WHO was publicly praising China “for its speedy response” to coronavirus, which doesn’t square with what WHO officials were saying privately. While playing politics is nothing new for organizations caught in a bind like WHO seems to have been, it’s at best unseemly during a brewing pandemic.

Nevertheless, if this is an accurate read on what happened, then perhaps instead of the U.S. excluding itself from WHO over coronavirus, the world needs to exclude Communist China.

Business Insider reports that British Prime Minister Boris Johnson is “under pressure from increasing numbers of Members of Parliament” to loosen ties with Communist China. In part for their purposeful mishandling of the coronavirus outbreak — which nearly killed Johnson — and for the ongoing crackdown on Hong Kong.

Most of the English-speaking world is rethinking its relationship with Beijing, as UK Foreign Secretary Dominic Raab noted on Twitter Monday night.

It’s more important than ever to coordinate with the UK’s 🇬🇧 closest friends and allies. I spoke tonight with @FP_Champagne 🇨🇦 @SecPompeo 🇺🇸 @MarisePayne 🇦🇺 @winstonpeters 🇳🇿 about tackling #covid19, Hong Kong and facing other international challenges together.

He’ll chair a National Security Council meeting on Tuesday, with the UK’s relationship with China reportedly at the top of the agenda.

On Sunday, the UK Express reported that Johnson’s government may “increase its support and recognition for Taiwan as tensions mount with China” over coronavirus and Hong Kong.

Communist Party chief Xi still has cards he could play in retaliation, including sanctions on Western companies that have extended their supply chains and manufacturing lines deep into mainland China. And yet, anything along those lines would likely accelerate Western decoupling from Beijing. Or even worse for Xi, a full Western re-embrace of the freely elected Republic of China on Taiwan.

We’re in the early stages yet of a novel situation, if you’ll pardon the coronavirus pun, so stay tuned.