How Military Leaders Have Found Strength and Courage Throughout History

We all need help. We need strength, courage to do the things that need to be done on a daily basis. There are many sources for that strength and courage. I get mine from my relationship with God. In Joshua 1:9 it is written,

Have I not commanded you? Be strong and courageous. Do not be terrified; do not be discouraged for the Lord your God will be with you wherever you go.

Knowing that God is with us wherever we go is an amazing source of strength.  Many times throughout my military career I was tasked to perform something that was very dangerous, but I could do it without fear knowing that God would be with me.

During Desert Shield and Desert Storm, I was the executive officer of a cavalry regiment. We were stationed in Doha, Kuwait, and were the last American presence in Kuwait. Everyone else had returned home, and we were still there.  Concerned that Saddam might come back into Kuwait, we kept our ammo close by. One day I received a call that the motor pool was on fire, and hopped in my HMMWV with my driver to investigate. Soon I realized that a vehicle had caught fire, and was about to explode.  I ordered the evacuation of the motor pool, which was completed about the time the vehicle exploded, and detonated thousands of pounds of ammunition along with it. For six hours I remained in that motor pool with my driver, helping people who had remained in there. Unexploded ordinance was all around.  I was awarded the Soldier’s Medal for my actions that day, the nation’s highest award for heroism outside of combat. People ask me how was I able to perform that task.  It was easy: I knew God was with me.

In Iraq on one of my tours, I was tasked to negotiate with the insurgency. It was important that we talked with them to understand their issues. Routinely I would meet in a room with numerous armed insurgents. They hated all Americans, and they viewed us as occupiers of their country. The tension in the room was high. At any moment one of the insurgents could have easily taken out an American general. Again, folks asked whether or not I was afraid. The answer is no. God was with me.

I am not the only military leader who turned to our God for strength and courage. During the Civil War, the Confederate general Stonewall Jackson said,

My religious beliefs teach me to feel as safe in battle as in bed. God has fixed the time of my death. I do not concern myself with that, but to always be ready whenever it may overtake me.  That is the way all men should live, and all men would be equally brave.

So, when times look bleak, and you find yourself afraid, go to God for strength and courage. God will be with you. Seek out those difficult tasks that everyone else seems afraid of performing. As it is said in Isaiah 6:8, “Then I heard the voice of the Lord saying ‘Whom shall I send? And who will go for us?’ And I said Here am I.  Send me!” 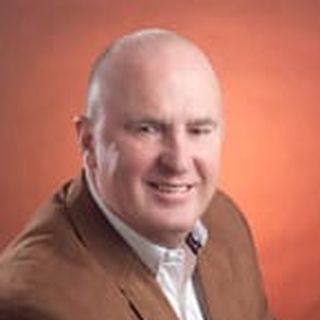 Rick Lynch was born in Hamilton, Ohio. He attended the United States Military Academy primarily because his parents couldn’t afford to send him to school anywhere else. He had no particular aspirations to be in the Army. As a junior in high school, Rick asked his guidance counselor (Eilleen Lowell) where he could go to school if he had no money, and she recommended applying to the Service Academies (West Point and Annapolis). He asked how much they cost, and was told that he would be paid to attend. Made good sense to him. He applied to both, and received his acceptance letter to West Point on a Monday, and his acceptance letter to Annapolis the very next day. He attended West Point only because he received that particular letter of acceptance earlier. The postman truly determined his fate. When Rick told his Dad that he was going to go to West Point, his Dad replied, “Boy, what do you want to do that for? That’s the Army!) Rick’s Dad, Calvin Lynch, was drafted into the Army in 1945 and discharged in 1947. Both he and the Army agreed that it wasn’t a good fit. After about 6 weeks at West Point Rick decided that his Dad was right, and West Point wasn’t for him. He called home, told his Dad he planned to quit, and was then asked “Where are you going to sleep?” So, he finished West Point and planned to be in the Army for only 5 years. He stayed 35 years. The Army, for Rick, transitioned from a job, to a profession, to a passion. He was blessed to command at all levels, from company (about 100 Soldiers) to Corps (about 65,000 Soldiers) and ended his career commanding all of the US Army installations. Rick loves being around Soldiers and their Families, and is humbled to be in their presence. They are the true American heroes. Read more at http://www.rlynchenterprises.com/
Read more by Lt. Gen. (Ret.) Rick Lynch