Years from now, history will note a major event that occurred in 2016. An event that significantly altered the course of the country and the world. At the time, the U.S. was in, what turned out to be, the last year of a 10-year economic slump. It was, in fact, the only 10-year period in history where the economy did not achieve 3% annual growth in any year.

From 2006 to 2016 economic growth averaged about 2%. That subpar growth rate led to fewer opportunities for Americans. That led to poor employment prospects and stagnant wages. There were many people who had absolutely no opportunity. That led to resentment.

Wary citizens were beginning to reject the capitalistic system in favor of socialism. The country was headed in an un-American direction.

On the world stage, a number of threats existed. There were numerous problems in the Middle East, Russia and China were going on offense, and North Korea was getting serious about displaying their strength. As for America’s foreign policy, it was as if someone gave the “stand down” order to every conflict, which resulted in the U.S. taking very soft, and ultimately weak, positions.

Many Americans began to place security above freedom. They wanted the government to pay for their healthcare, their higher education, their basic income, and even their housing. Of course, the government gets the money by taxing income earners.

If implemented, those spend-and-tax government actions would permanently slow economic growth. The reason is very simple. All of these income transfer programs take income away from people who earned it and give it to people who, for whatever reason, have not earned it. That means income earners have less incentive to earn and income receivers have no incentive to earn.

Both groups will contribute less and that will slow economic growth. That spend-and-tax as well as the increased social responsibility direction needed to be changed.

So Donald Trump came along. He was a very, very successful businessperson and TV personality. Although elected president, he was not a politician. But Trump’s message was welcomed by Americans. He told people to look in the mirror. He asked them to see where they were and what they had.

He then asked, “What do you have to lose?” Many Americans saw they had little to show for the last 10 years. For all of those who were very disappointed, he promised he would “Make America Great Again.”

He emphasized being great, winning, and returning to prosperity. His vision was always clear. Unfortunately, his unpolished and politically incorrect communication skills were not as clear, which allowed the strong Trump opposition to make things extremely difficult for the president.

Although he did nothing wrong, the opposition insisted the election was a fraud. This led to a nearly two-year investigation by a special prosecutor, which found the president did not collude with any foreign government and he was not guilty of any other charges. Still, Trump continues to live with the constant media barrage, which seems to convict him of a new crime almost daily.

Trump also had to deal with the Federal Reserve, which raised interest rates eight times between his election and the end of 2018. Even though rates were at historic lows, the rapidly rising rates meant higher interest expenses for businesses. That tended to slow economic growth.

In spite of all of that, his accomplishments are remarkable. Trump’s first priority was to increase economic growth to at least a 3% annual rate and eventually higher. He knew he couldn’t pass legislation quickly, but he could eliminate thousands of counter-productive and growth-stifling regulations. He eliminated hundreds within months.

After two months in office, the economy started to grow at 3% and maintains that rate today. In late 2017, Trump convinced Congress to cut taxes for all Americans—the middle class as well as the highest income earners and corporations.

On foreign policy, Trump is taking a much tougher stance. His aggressive “peace through strength” philosophy is working. Although there is risk when Trump gets tough with things like tariffs and sanctions, the results so far have been very positive. When imposed, countries have responded in a manner favorable to the U.S.

History will note that Donald Trump was remarkable. In spite of 90% of media coverage of him being negative, in spite of every Democrat consistently opposing anything he wants to do, and in spite of some members of his own party being against him, he has managed to change the direction of the country.

He is moving toward more individual freedom, more individual responsibility, lower rates of taxation, and a smaller role for government. Those are the principles that allowed our country’s economy to increase from birth to the largest in the world in less than 150 years. 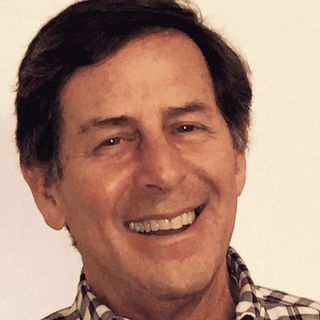 Michael Busler, Ph.D. is a public policy analyst and a Professor of Finance at Stockton University where he teaches undergraduate and graduate courses in Finance and Economics.
Read more by michaelbusler
Tags: DONALD TRUMP ECONOMY TAXES
SHOW COMMENTS