There are several credible candidates in Ohio’s Republican primary to replace Sen. Rob Portman next year. With so many options for voters, deciding which to rule out first seems like a smart first step.

Most polls have shown upwards of a third of likely voters are undecided, with Mandel in the lead, Vance trailing behind him, and everyone else laboring in single digits. Donald Trump won Ohio by 8 points last November, so candidates have been pandering for Trump’s endorsement with varying degrees of desperation.

From 2012-2016, I worked full-time covering Ohio policy fights from a conservative viewpoint – I spent years highlighting the pluses of labor reform and the minuses of Gov. John Kasich’s Medicaid expansion. My opinion, for what it’s worth, is that the worst Republican Senate candidate is the pro-union, pro-Obamacare technocrat advised by Kasich’s longtime enforcer.

The following is adapted from a Twitter thread I posted on December 1.

I’ve written extensively about Kasich’s embrace of Obamacare via Medicaid expansion, and his swerve left on labor policy. Kasich made those decisions in 2012 for his 2016 presidential campaign: Gov. Scott Walker was running more convincingly than Kasich could as a reform-minded Midwestern governor, so Kasich hedged left to posture as the moderate adult in the room.

When Kasich expanded Medicaid to able-bodied, working-age, childless adults to please hospital lobbyists, labor bosses, and the Ohio Chamber of Commerce by bringing billions in new federal deficit spending to the state, Josh Mandel worked with Ohio conservatives to fight against him.

When J.D. Vance moved back to Ohio from San Francisco (or was it D.C.?) to run for office, he… partnered with Kasich’s right-hand man of 20 years.

Next time Vance slams the clowns at The Lincoln Project for sweet, sweet retweets, remember that their cofounder John Weaver – whom Vance calls a “pedophile” due to disgusting behavior that allegedly took place during Kasich’s 2016 campaign – worked closely with Vance advisor Jai Chabria on Kasich ‘16.

Chabria was “the chief protector of Kasich’s political identity” when Team Kasich hired Weaver to run the 2016 campaign. See also this Cleveland.com story from February 2016 and this story from May 2016 for more about the guy Vance picked to guide him through Ohio politics.

Since Chabria was at the forefront of Kasich’s Obamacare expansion push, he was a natural partner for Vance. Vance supports Kasich’s expansion of Medicaid to able-bodied, working-age, childless adults so strongly that he lobbied against Obamacare repeal to save Kasich’s signature policy.

While President Trump, a GOP Senate, and a GOP House tried to reach a consensus on Obamacare repeal in 2017, Vance attacked their efforts from the left.

In a text message sent that year about the House GOP’s American Health Care Act, Vance wrote, “Can you imagine running as an anti-AHCA populist who thinks Trump is a moral disaster[?]”

On labor policy, Vance (like his advisor Jai Chabria’s old boss) doesn’t like right-to-work – a simple, conservative policy that ensures workers can choose whether to pay union bosses. While Kasich was governor, four of Ohio’s five neighbor states passed right-to-work laws; Ohio remains a forced unionism state, where workers can be fired for refusing to pay union dues.

Vance dumped on the efforts of Ohio conservatives in a recent Akron Beacon Journal op-ed, writing, “While much of our political debate over organized labor has focused on the effects of Right to Work and related laws, the evidence suggests that these types of reforms have minimal effect.”

Vance doesn’t care that Ohioans can be fired for refusing to pay union bosses, because Vance thinks the GOP should be friendlier to labor unions.

It’s also a little unsettling that J.D. Vance, who is funded by a Silicon Valley billionaire, is obsessed with power and with using it to punish his political enemies. Vance’s heated criticism of “Big Tech oligarchs” is laughable given that Vance would be a political nonentity if Facebook board member Peter Thiel hadn’t poured $10,000,000 into his D.C.-based “Protect Ohio Values” super PAC this spring.

On that note, when Vance, pandering for attention from friends and foes alike, attacks CNN and sings the praises of whichever polarizing national figure MAGAworld is lionizing this week, keep in mind that Vance is a former CNN contributor who got famous by bashing Trump and Trump voters.

Mandel, Timken, Moreno, and Gibbons are all from northeastern Ohio. If you think that seems like too many candidates from northeastern Ohio – you’re right! Absent a dramatic change in the field within the next month or so, it looks like Mandel will be the nominee if he doesn’t self-destruct. And it looks like a Mandel self-destruction, which wouldn’t be unprecedented, would most benefit Vance.

Maybe you’re thrilled with Josh Mandel’s metamorphosis from a Tea Party guy to a Trump nationalist. I’m not.

But, as I write this, a huge swath of the Republican Ohio Senate primary electorate remains undecided, and an authoritarian Silicon Valley billionaire has invested $10 million in convincing Ohioans that big-government, Team Kasich Republican J.D. Vance is their best choice. 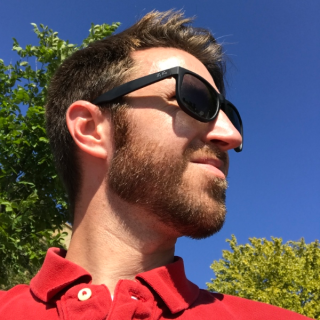