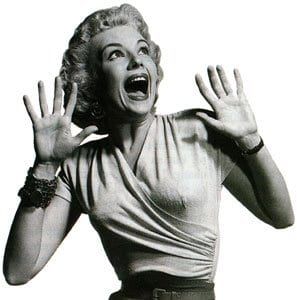 Drama queens come in all shapes, sizes, and genders. We have all known our share. Some folks revel in crisis. In a sick way, they need it. The only sense of purpose in their lives arises from perceived persecution and perpetual emergency. Such people actually avoid solutions and resent those who provide them because a solution removes any excuse for mania.

In politics, we may call such people anti-activists, as their efforts tend to work counter to that of activists with whom they should align. Unfortunately, they are legion among libertarians, conservatives, and Tea Party groups. Collectively, they present a greater threat to the restoration of our republic than any active Marxist.

The muffled rise of the Tea Party in Minnesota provides a good example. While the movement thrived early on in many states throughout the union, activists struggled to find an active Tea Party group in Minnesota during 2009. It wasn’t for lack of interest. There have since developed many groups throughout the state attended by committed activists who are serious about educating the public and affecting policy. The problem early on: the emergence of an anti-activist leadership.

Perhaps the state’s open caucus system — which offers the grassroots direct and easy access to their political parties — contributed. Activists in the know quickly organized within the party structure, leaving newcomers and anti-activists to form the extra-political Tea Party.

Whatever the reason, those who became the face of the movement early on in Minnesota sought to vilify anyone remotely affiliated with the political system. Note, the beef was not with the political establishment, those proverbial “good old boys” whom the Tea Party and other grassroots activists rightly hold accountable. Their grievance was with the system, primarily the major political parties. In practice, this led to a Tea Party inquisition focused on policing its membership, purging the slightest partisan association, and enforcing a uniform commitment to an undefined revolutionary goal.

Coming to the movement in 2009 as a long-time political sideliner, I connected with the national Tea Party Patriots organization. After volunteering to blog for their site, they introduced me to their state coordinator in Minnesota, Toni Backdahl. She invited me to dinner, and I accepted without question. My assumption was that she would brief me on the status of the movement in Minnesota, and we would strategize how to best utilize my volunteered services.

What actually transpired during our meal was far more telling than any briefing I may have expected. Backdahl regaled me with drama. She talked about shadowy conspiracies by Republicans to co-opt the movement. She spent most of our time together warning me against other Tea Party activists that she had deemed traitorous to the cause in numerous ways. As a newbie, I took it in stride. I had no point of comparison, and therefore no reason to doubt her. However, I found it odd that she never presented any kind of strategy for accomplishing anything. Her focus was on fleshing out perceived threats to an undefined cause, rather then advancing the movement in a meaningful way.

Once I became more active, started my own Tea Party group, and began holding meetings, I quickly found myself on the receiving end of Backdahl’s inquisition. She contacted me, concerned about the name I had chosen for my group because it sounded too much like another which she disliked. On another occasion she questioned my choice of guest speaker, threatening to pull my event posting from the Minnesota Tea Party Patriots website if a Republican candidate was going to be present.

Such antics seemed particularly odd given a sentiment she had frequently expressed about keeping criticism constructive rather then Monday-morning quarterbacking or “effort bashing.” As it turned out, her prescription was for everyone but her. Her rabble-rousing was disproportionately directed toward friends and allies, including the national Tea Party Patriots organization. Eventually, she resigned from her position as state coordinator for Tea Party Patriots, citing its informal association with FreedomWorks’ Dick Armey as evidence of some undefined corruption.

Unfortunately, Backdahl’s anti-activism did not end there. As a group of Tea Party coordinators came together in the aftermath of her resignation to strategize next steps, Backdahl undermined our efforts with wild public accusations and empty threats to sue us for any perceived slight. Like a child in a tantrum before a nap, she flailed about violently until fading into obscurity. The rest of us overcame and formed a thriving coalition, in awe of the fact that our greatest hindrance had been our supposed ally and leader.

That was not the last we saw of anti-activism. One of our coalition’s founding coordinators was similarly inclined. He had a single issue — judicial reform — which he deemed the end all and be all of the movement. In spite of the fact that we largely agreed with him on the issue, the fact that we disagreed on strategy led him to regard many of us as the enemy. For example, he wanted to make non-consensual audio recordings of meetings with legislators. The rest of us thought that was inappropriate and counter-productive. After all, accomplishing something politically depends upon building relationships, and taping someone without their consent does not foster goodwill. But our wire-wearing anti-activist would have none of it. We eventually had to disassociate from him, and almost lost our coalition in the process, a cost he would have comfortably inflicted. The movement be damned. 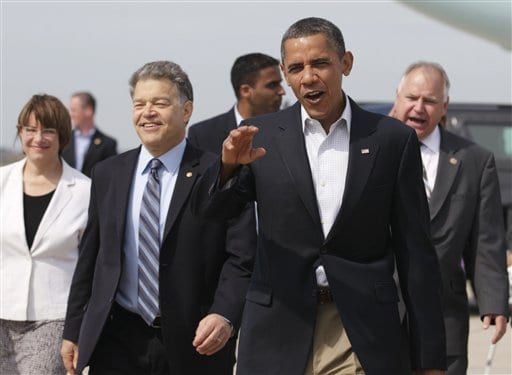 Senator Al Franken and President Barack Obama, both made so by conservative disengagement.

I share these stories to highlight a principle which is as true of the Tea Party as it is of our nation at large. We will be destroyed, not by outside forces, but from within. We will be crippled, not by external attack, but by circular firing squad. Anti-activism takes many forms, all equally destructive. There is the supporter of a particular candidate who refuses to vote for or support another nominee. There is the couch-bound critic of outcomes who refuses to participate in the process which affects those outcomes. There is disproportionate emotional investment in the present cycle or a single issue which eclipses any long-term political strategy. Worst of all, there is rejection of the possible in favor of the unachievable, which becomes a perpetual excuse for doing nothing.

Then again, maybe that’s the point for anti-activists. Nothing riles a drama queen like pointing out a rational solution to their problem, particularly one which requires them to take responsibility for their situation. Acknowledging a solution presents a duty to execute it, and that’s not as cathartic as wallowing in an imagined muck of futility. For example, maintaining that the two-party system is “broken” excuses you from participating in it. Worse, it becomes cyclical. As would-be conservative activists withdraw from party politics in protest, the parties naturally drift toward the less principled positions of those who remain. Disgruntled anti-activists disengage in order to “punish the party,” imagining that their absence is deeply felt. But the truth is that no politician sheds a tear over people disengaging from the process. They simply adjust their political calculation to the altered variable.

It’s easy to sit back and wag a finger at the process. It’s easy to fantasize about some future armed revolution or viable third party rather than dealing rationally with what is. It’s hard to accept responsibility for a major party and commit to changing its course. It’s hard to be the leader you’ve been waiting for. But the hard choices have the virtue of plausible victory, whereas the easy ones have been tried to negative effect.

It is withdrawal from the process and conservative apathy which gave us President Obama. It is withdrawal from the process and “punishing the party” which enabled the election of Minnesota’s Senator Al Franken, the sixtieth vote which made Obamacare possible. Clearly, “punishing the party” doesn’t work. It’s time for our drama queens to take off their crowns and start dealing with political reality. That’s how principles are advanced to policy. That’s how a movement displaces an establishment. That’s how liberty will be restored.

On Tea Party, Morgan Freeman Should Follow His Past Advice