5 Sharia Atrocities for Jay Leno and Ellen DeGeneres to Protest 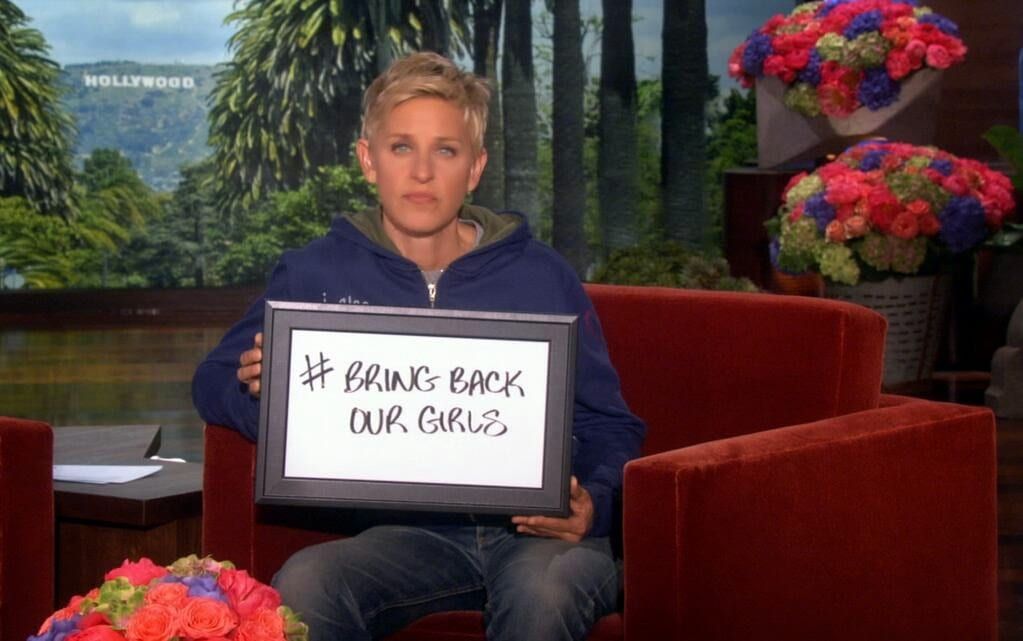 Opposing Sharia is fashionable now. According to Fox News, “the Beverly Hills Hotel just lost two more big-name clients, Clive Davis and Jeffrey Katzenberg, because its owner is introducing an Islamic Shariah-based penal code in the oil-rich East Asian country of Brunei. Sultan Hassanal Bolkiah announced last week that he would push ahead with the criminal code that would eventually include severing of limbs and death by stoning for people who are gay or commit adultery. The Sultan – through the Brunei Investment Agency – owns the Dorchester Collection luxury hotel chain, which manages the Hotel Bel-Air and The Beverly Hills Hotel in Los Angeles.”

It wasn’t just Davis and Katzenberg: “the Feminist Majority Foundation also relocated its Global Women’s Rights Awards, co-chaired by Jay Leno and his wife Mavis, that had been scheduled for Monday at the Beverly Hills Hotel. Leno and actress Frances Fisher joined protesters at the famous hotel speaking out against the Sultan.” Fox noted other “outraged stars,” such as Ellen DeGeneres, Sharon Osbourne, Stephen Fry and Richard Branson.

This Hollywood outrage against Sharia oppression is refreshing and welcome, but it is a bit out of focus. Brunei is not the first country to implement Sharia. Nor is it the only Muslim country stoning adulterers, amputating thieves’ hands, and systematically oppressing women, gays and non-Muslims. The sultan of Brunei isn’t implementing some eccentric form of Sharia that has never before been seen in the world. What he is implementing is essentially the same as that which has been in place for years wherever Sharia is fully implemented, including Saudi Arabia, Iran, Sudan, and (mostly) Pakistan.

So for consistency’s sake, here are five recent Sharia outrages that Jay and Ellen and the rest may wish to protest as well:

Last Tuesday, Egyptian TV talk show host Riham Said interviewed a Dr. Noha, a woman who had abandoned her Islamic faith. Dr. Noha was wearing a niqab, the Islamic face covering that leaves only the eyes unconcealed. She explained that she was wearing it “to conceal my identity. I fear for my life. I don’t want to be killed like Farag Foda” – a skeptic whom Islamic jihadists murdered in 1992. “Also,” she added: “I wouldn’t want to offend my family, who are very religious. I don’t want to hurt their feelings. They get upset when I talk about religion.”

Dr. Noha went on to deny the divine inspiration of the Qur’an, whereupon an aghast Said affirmed her Islamic faith and declared: “I want to implement every detail of Allah’s Sharia, but I am against killing people who do not wish to implement it. I hope Allah’s Sharia will be implemented everywhere, alcohol banned, and the cabarets will be shut down. I am a Muslim and, therefore, I must implement Allah’s Sharia.” She continued: “A thief’s hand should be cut off, and an adulteress should be stoned to death.”

Said grew increasingly agitated. Finally she told Noda to get out of the studio, and lamented having “wasted my time talking to a crazy woman.” Islamic law forbids any criticism of Islam on pain of death, and she may not only have been personally upset by Noda’s unbelief, but also afraid that she herself might be physically attacked for having her on her show.

The stifling of the freedom of thought, and the physical intimidation of those who dare to question Islam – surely these are worthy causes for the attention of the glitterati.

The Malaysian Insider reported Wednesday that “two Catholic nuns were viciously attacked on the grounds of the Church of Visitation in Seremban in what is believed to be a robbery attempt early this morning.”

Apparently it wasn’t universally believed that this was a simple robbery attempt: the Council of Churches of Malaysia (CCM) issued a statement strongly suggesting that Islamic supremacists had attacked the nuns: “The voices of antagonism and hatred have been on the increase in the country and it would be no surprise if the attack on the nuns were not conspired by those out to cause inter-religious conflict in the country.” The CCM demanded that police investigate “this case of outright religious intimidation and fear creation and bring those responsible to justice.”

Islamic law stipulates that Christians may live in an Islamic state as long as they know their place and accept the denial of basic rights, so that they “feel themselves subdued” (Qur’an 9:29). If they question their status, their “contract of protection” (dhimma) is revoked, and their lives are forfeit. Malaysia doesn’t implement Sharia in its fullness, but such provisions still have a strong cultural influence. And with the recent controversies over the prohibition of Christians to use the word “Allah” for God, these attackers may have regarded the nuns, and all Malaysian Christians, as having forfeited any protection they might have previously enjoyed.

The brutalization of innocent people in an attempt to intimidate a minority community into submission: Jay, call your office!

It was revealed Tuesday that in Sudan, “a Christian carrying her second child to term has been convicted of adultery and apostasy, penalties that are punishable in Sudan by 100 lashes and death, respectively, according to International Christian Concern.”

Meriam Yahia Ibrahim is a Christian, but has a Muslim father, so under Sudanese law (and Sharia), she is a Muslim and as a professing Christian is an apostate from Islam. The adultery charge arises from her marriage to a Christian – an illegal marriage for a Muslim woman according to Sharia.

Forcible coercion of the conscience, and the death penalty for exercising it in a way unacceptable to the establishment: sounds like the stuff of a great, dramatic Hollywood movie upholding the freedom of conscience.

2. Pakistan: 68 lawyers accused of blasphemy for protesting against namesake of caliph Umar

In Pakistan, 68 lawyers have been accused of blasphemy after mounting a protest against a senior police officer named Umar Daraz. A local police officer, Zeeshan Asghar, explained: “Lawyers were protesting against police, using foul language and the name of the inspector.” A man who was present thought that the protesters were referring to the caliph Umar, the second successor of Muhammad as the leader of all the Muslims, and called the cops.

The protesters weren’t talking about the caliph Umar, but that little detail may not be enough to save them from long prison sentences or, if acquitted, from lynching.

This one sounds like a great vehicle for Matthew McConaughey.

Despite the fact that numerous Muslim organizations have denounced Boko Haram, and Islamic apologists have kept up a steady stream of articles claiming that their actions are “un-Islamic,” when Neil Munro of the Daily Caller contacted Muslim leaders in the U.S. and asked them to pronounce takfir on Boko Haram – that is, declare it to be non-Muslim – they refused.

“There is a great reluctance to excommunicate someone by extension. … It would be like convicting someone in absentia,” said Imam Johari Abdul-Malik of the notorious Dar Al-Hijrah mosque in northern Virginia, where Anwar al-Awlaki was once the imam. But in fact, as Abdul-Malik certainly knows, the Qur’an sanctions the sexual use of captive women (4:3; 4:24), and thus Boko Haram is not really doing anything un-Islamic at all. U.S. Muslim groups won’t pronounce takfir on it because they know that Boko Haram has a perfectly good case based on the Qur’an, and that Muslims in their community would be indignant towards them if they pronounce “takfir” on a group that is following the Qur’an.

The legalistic approval of evil. Hitchcock could have made something of that. Today’s Hollywood stars almost certainly won’t – not when its context is Sharia.