Next Round—Islamic State Vs. Israel? 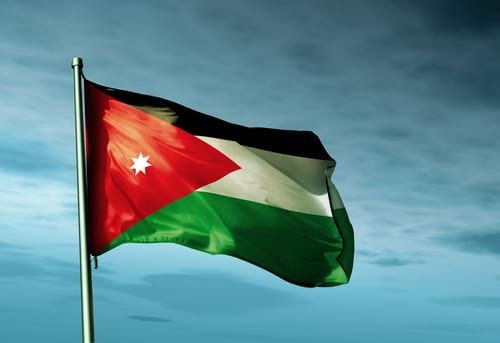 A flood of refugees from Syria have transformed and radicalized Jordan.

With the autumn Jewish holidays approaching, the Counter-Terrorism Bureau of Israel’s National Security Council warns that Islamic State (ISIS) could be attacking Israeli and other Jewish targets particularly in Western Europe, but also elsewhere around the globe.

Something along these lines already happened on May 4 when Mehdi Nenmouche, a Frenchman of North African extraction, killed an Israeli couple, a French woman, and a Belgian man with a Kalashnikov rifle at the Jewish Museum in Brussels.

It now turns out that Nenmouche, before returning to Europe, was a torturer for ISIS in Syria whose torture victims included James Foley and Steven Sotloff. It has not yet been announced whether Nenmouche, who has been arrested in France and extradited to Belgium, was acting on his own or under ISIS orders.

Meanwhile another, more strategic ISIS threat to Israel may be taking shape in Jordan.

Israeli officials have said anonymously, and Foreign Minister Avigdor Lieberman has said openly, that Israel will not hesitate to help Jordan militarily if it comes under ISIS attack.

Although Middle Eastern hotspots like Iraq and Syria have been getting more attention, many observers believe Jordan is in trouble—particularly worrisome because King Abdullah II’s regime is one of the most moderate and pro-Western in the region, upholding Jordan’s peace treaty with Israel and effectively preventing terror incursions across Jordan’s 500-kilometer border with Israel.

Jordan, however, has been under great strain. A country of about six million people, it has taken in well over a million refugees from Syria. They live in sprawling tent cities, and the burden has exacerbated Jordan’s already serious economic problems. The economic distress, in turn, feeds radicalism.

Robert Satloff, director of the Washington Institute for Near East Policy, reports from Jordan that:

There is some evidence that approximately 7-8 percent of Jordanians have some sympathy for ISIS. According to officials, there are about 10,000 Salafists in the country, and about 1,400 Jordanians have already gone abroad as “foreign fighters”—many originally to Jabhat al-Nusra, but now more to ISIS…. If that phenomenon spreads, it’s very serious. So far it is manageable, but this is a very worrisome wild card.

ISIS, in other words, can hope not only to make its way into Jordan via the Iraqi border but also to undermine the kingdom from within.

An Israeli observer, Prof. Arnon Soffer of the University of Haifa, also sees possible dire scenarios such as:

The collapse of the [Jordanian] kingdom and the outbreak of civil war, similar to the situation in Syria. In this scenario, Soffer envisions the Palestinians trying to take over the kingdom and establish a Palestinian state. The…most dangerous option is for ISIS to take over large parts of the country thereby joining Jordan to their Sunni caliphate.

There are, then, two possible ways in which Israel and ISIS could end up in confrontation. One is direct ISIS terror or attempted terror against Israelis, leading to Israeli preemptive or retaliatory action. The other is a crisis involving ISIS in Jordan and an Israeli military response.

The threat of such possible scenarios raises some questions.

One specifically concerns the Obama administration, which during Israel’s recent war against the jihadist terror organization Hamas did not hesitate to excoriate Israel publicly and even withhold military supplies. With two years left in office, is it not yet too late for Obama to start appreciating Israel’s terror-fighting role, especially its willingness to do whatever is necessary, including Israeli boots on the ground, to protect U.S. ally Jordan?

And more generally, whenever Israel has fought terror organizations like Hizballah, Fatah, Hamas, or Islamic Jihad recently, it has evoked a firestorm of condemnation by Western leaders, the UN, and global media—condemnation, that is, of Israel, which gets portrayed at best as the moral equivalent of these organizations.

Will it be the same if Israel fights ISIS? Accusations of “disproportionate response,” cameras zeroing in on civilian casualties, enraged demonstrations? We may find out how far Israel’s many detractors are willing to take their canards.