Our Navy Is Getting Dangerously Smaller, And No One Is Paying Attention

One important difference between America and Europe, especially Eastern Europe, is the qualifications expected of politicians and statesmen.

In Poland, it is not unusual to find senior officials in the foreign ministry who know their nation’s diplomatic history because they earned a doctorate in the subject. Romania’s third president following the 1989 revolution had served previously as rector of the University of Bucharest.

In the U.S., the expectations are different.

The current secretary of State is a professional politician. So was his predecessor. Bank presidents and management consultants can become Navy secretaries — and have.

It’s the same with writers. Knowledge of a subject is not required for wide publication. The New York Times finds that an author who has written books on environmentalism, football, and a novel on the great recession is perfectly suited to judge the correct size of the U.S. Navy.

The Times published a piece earlier this week by the same author. He argues that because the U.S. has 10 nuclear-powered aircraft carriers, its Navy “is big enough.”

If those 10 ships could remain on patrol indefinitely, this argument would carry weight. They cannot. They must return home so that crews can be rotated, equipment repaired, and eventually, nuclear fuel replenished. About three or four carriers are required to keep one on station permanently.

The same author argued that a modern, stealthy destroyer now under construction gives the U.S. Navy uncontestable advantage. He did not note that the Navy had originally planned to build 32 of these ships but, as a result of high cost, has reduced the purchase to two. 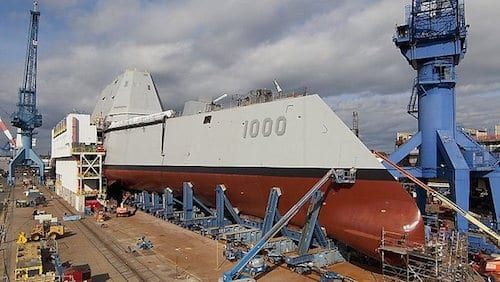 Omitting important facts can make for persuasive writing, but it does not change reality.

The Times opinion article concluded that officers of foreign navies learn at the U.S. Naval War College “that there is zero chance they will ever defeat the United States in battle — so why even try?” This way of thinking is a prescription for mischief. Royal Navy officers who looked at the world through these roseate glasses in 1812 when England was indisputably the world’s greatest naval power were surprised by successive defeats at the hands of the fledgling U.S. Navy. The upstart, smaller Japanese fleet took on the considerably larger and more experienced Russian fleet in 1905, and defeated it to nearly everyone’s surprise.

Success — in any human action — is assisted by size, experience, power, planning, and flexibility. But not one of these variables guarantees success.

The U.S. Navy is not an exception. Its size today — 275 combatants, down from 568 at the end of the Reagan administration — does not assure invincibility. And its reach, while protecting global U.S. and allied interests, is vulnerable to potential adversaries whose enlarging regional naval forces are an increasing challenge.

If the U.S. Navy shrinks substantially as a result of decreasing shipbuilding budgets and increasing ship costs, it will be stretched thin enough to be at risk from regional powers — such as China — that concentrate their forces to prevent the U.S. from either projecting force in the region or communicating with its allies.

Continued difficulty with controlling shipbuilding costs, cancelling the replacement for the Navy’s current cruisers, and the prospect of huge investments to replace an ageing ballistic missile submarine fleet point toward a shrinking fleet. Nor does the damage stop with the likelihood of a fleet that contracts significantly in the future.

The uncertain fate of weapons that are needed right now is evidence that a very large question mark hangs over the Navy’s future size.

The U.S. used 47 Tomahawk cruise missiles in strikes against ISIS anti-aircraft missile batteries. These allowed U.S. and allied aircraft to follow with attacks against enemy infrastructure and troops. The weapon — which has been used at an average rate of about 100 per year since it joined the U.S. arsenal in the mid-1980s — is a mainstay of American seapower’s ability to project combat power. Yet, at the administration’s direction, the Navy asked Congress to purchase about half the number of Tomahawk cruise missiles needed to assure the continuity of their production. 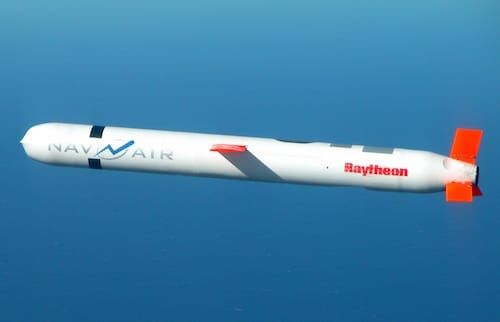 After these are manufactured, the skilled workers who make the missile will stop for two years until modernization of the existing cruise missile fleet begins. The likelihood that many of these workers will seek jobs elsewhere is real.

It’s but another example of America’s buckling seapower. The tectonic shifts that are abrading it lie just far enough beneath the surface to escape notice by the public and policy makers alike.  Powerful globally distributed seapower is inseparable from America’s status as a great power. This status is being placed at risk as much by the failure to maintain a specific combat system as it is by the faltering prospect for a sufficiently large fleet in the future.