Each month economists attempt to gauge how average Americans are weathering the ups and downs of the U.S. economy. By using the simple yet clever technique of adding the U.S. unemployment rate (4.20%) to the current rate of U.S. inflation (6.81%), economists attempt to quantify the economic well-being of the country into a Misery Index. 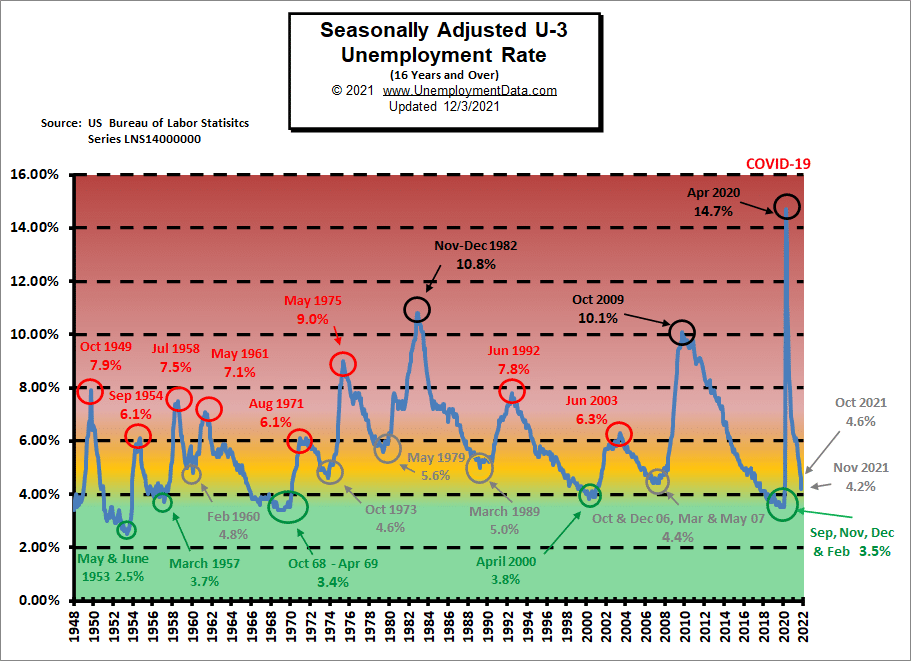 What does the Misery Index tell us? First, we know that as the rate of inflation goes up, the cost of living increases. Next, as unemployment numbers rise, more and more people fall into poverty. Consequently, the Misery Index acts as a kind of snapshot that can be used to gauge the health of the economy as a whole since both employment and inflation impact the average American wage earner. Inflation decreases the purchasing power of the consumer. Higher prices mean fewer goods can be purchased, so even as more Americans get back to work after the disruptions of the pandemic, their wages, savings, and investments buy less and less. The sad fact is, even though consumers haven’t done anything wrong, inflation and the mere passage of time increase the prices of everyday goods and services such as housing, food, and transportation. In other words, as the Misery Index rises, life simply becomes more and more expensive.

As the Joe Biden presidency lurches on and the Misery Index creeps ever upward, average Americans are feeling a more intense economic pinch. Just one month ago, the index stood at 10.82%—that’s a 0.19% increase and it’s likely not gone even higher because of seasonal hiring. Is the health of the U.S. economy really impacted by who is in the White House? The short answer is yes. When the Misery Index is compared over the terms of the U.S. presidents, it’s obvious that most Americans have been economically better off under most Republican presidents. In fact, most Americans enjoyed a fairly robust economy with a low Misery Index hovering around 5.0% to 6.0% under Donald J. Trump until the COVID-19 pandemic hit. It’s unmistakable that the Biden administration’s economic policies are increasing the everyday American’s misery. When Biden took office in January 2021, the index stood at 7.70% and it has since climbed to a crippling 11.01% today.

A Harvard School of Business paper published in the American Economic Review found that unemployment causes Americans 1.7 times as much misery as inflation does, so realistically the Misery Index is even more painful to the average American than these seasonal numbers show. As Biden and his leftist pals would like us to forget, the mess at our ports continues to negatively impact the U.S. supply chain while they do little to nothing to fix the problem. Meanwhile, Democratic leaders accept no responsibility for the spike in crime and the racial and civil unrest going on across the country while they blame local leaders and Trump or take numerous personal trips.

All American voters would do well to remember this misery and these economic numbers under Biden when it comes time to vote in 2022 and 2024.

Follow the latest on this story and more when you subscribe to PJ MEDIA VIP and use Promo Code FIGHTBACK for 25% off. Subscribe today to make sure you have all the conservative news you need and that the Big Tech censors don’t want you to see.

Gwendolyn Sims is a freelance contributor to PJMedia where she covers current news, politics, and culture. She is based in Southern California—for now—but her heart remains in Real America.  Follow her on Twitter and Parler.
Read more by Gwendolyn Sims
Tags: ECONOMY UNEMPLOYMENT BIDEN ADMINISTRATION INFLATION
SHOW COMMENTS