The new LEGO Batman Movie (2017) combines the universe’s most versatile toy and iconic comic book heroes, rewarding children and their parents with 104 minutes of action-packed, visually gripping, mostly comical tragicomedy—and maybe an awkward conversation with your kid a few years before you want it. (Minor spoilers follow.)

True to form, the medium of the animated LEGO proves its power to melt some of the Batman brand’s most intense moments into buttery popcorn parodies fit for a king or, more importantly, a kid. This is impressive, considering the new depths of darkness and violence occupying the most recent three human Batman films. These include The Dark Knight (2008), in which the Joker (Heath Ledger) “disappears” a pencil by driving it through the eye socket and into the brain of an unsuspecting henchman. (Ledger died of an overdose of prescribed narcotics before the film hit theaters.)

For parents who recognize it is futile trying to isolate kids from Hollywood’s latest top-grossing grown-up flicks, kid-friendly LEGO adaptations are a relief. Observe: “Dad, can I see Batman?” “Heck no, son! Mom’s not even allowed to see Batman.” “I mean LEGO Batman.” “I love that you love LEGOs. You’re gonna build something to change the world someday. Let’s go.”

Let’s unpack that last part for the bigots and prudes, while giving credit where credit is due. LEGO Batman could do a lot worse as a kids’ movie. The writers could have clumsily stacked topics such as gender identity, gender roles, and gender neutrality all over the story board like so many LEGOs. Instead, these topics hide in plain sight, because they are the foundation. Few parents and fewer kids will question any of it, because there’s a way to interpret all of it as technically innocent. That’s what makes these messages subliminal (and potentially powerful). LEGO Batman makes them seem plain as vanilla and American as apple pie.

5 Lousy Movies That Killed Their Franchises

For example, two men adopting a son together sounds like a dream come true to Richard, the orphan Bruce Wayne adopts without telling him he’s Batman. That’s why, when Richard hesitates to board a bat vehicle without Bruce-Dad’s permission, Batman tells him he and Bruce-Dad share custody of him. Richard doesn’t need Bruce-Dad’s permission; he has Bat-Dad’s!

This solution thrills Richard, who unblinkingly climbs aboard (and later becomes Robin). The bubbly young man is tickled as he spells it out for viewers: Yesterday he didn’t have a dad, and now he has two dads! Viewers may laugh, because they know it’s a farce: Bruce-Dad and Bat-Dad are one. Richard doesn’t learn the truth until the end, when Bat-Dad pulls off his mask to reveal Bruce-Dad’s face and tells Richard to call him “Dads.” Funny, right?

If you think so, you’re in luck, because Richard brings it up a lot. And why not? The writers have blended two theatrical tropes to humor us: “dramatic irony,” the difference between the audience’s knowledge and a character’s knowledge, and “structural irony,” the comical recurrence of a main character misunderstanding his own life’s circumstances. A kid may not fully get it, but that’s okay. His dads might.

The running two-dads joke is just one piece of the greater plot, a main goal of which is to resolve Batman and Joker’s strained relationship. Call it a he-ro-mance—like a “bro-mance” (an asexual sort of romance between dudes), only in LEGO Batman, the star-crossed dudes are superhero and supervillain.

Batman essentially “breaks up” with Joker early in the story, making Joker cry and setting up Batman as a cold egomaniac. Rehabilitating Batman for relationships is a plot priority. Batman and Joker’s relationship is the flagship. Piecing together a non-nuclear family is close in tow. Eventually, Batman learns a key lesson: Without villains, heroes would be obsolete. Batman’s reunion with Joker is a sunset-lit mock romance scene. Inches from each other’s faces, stars in their eyes, they profess, “I hate you,” “I hate you more,” “I hate you most,”—on and on. Relationship saved.

Yeah, that’s not hate. It’s mushy. And it’s transparent, like Wesley in The Princess Bride repeating to Buttercup, “As you wish,” which everyone knows is code for “I love you.” This is rhetorical irony, the difference between what is said and what is meant. It’s the basis of almost every joke ever made. It’s also a perfect mechanism for making LEGO Batman about bringing two dudes together without making it about bringing two dudes together.

Just ask Dick. That’s what all the orphans call Richard, or so he tells Bruce Wayne. “Well, kids can be cruel,” Bruce says. Dick doesn’t get it. Will your kid?

This veiled anatomical joke excepted, the subliminal nature of LEGO Batman’s questionable themes is a mixed blessing. They’re subtle enough most people won’t notice. But failing to notice grants them normalcy, as though you’d be crazy or cruel to suggest anything was amiss here.

So, should you take your kid to see The LEGO Batman Movie? I suppose it depends on what kind of help you hope to get from the bat signal. 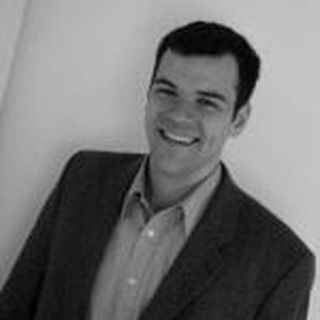