Sometimes a pair of pants is just a pair of pants. And sometimes they make you think. In this case, I’m talking about some leggings our local Gap Kids is showcasing as part of its Summer Olympics window display.

I noticed the multi-colored leggings initially walking by the store myself, filing away a mental note that my rising kindergartner might like them, but it wasn’t until later that I saw they weren’t simply multi-colored. The pants had a message on the side of one leg: “Play to Win.”

I winced. There was something about the message that I found inherently distasteful, but it wasn’t until we passed by the window again this week, and my beginning reader tried to read the phrase that I realized why exactly.

I have three reasons why I don’t consider this another innocuous kid-friendly statement, why it completely flies the face of everything I hope to do as a parent, and why I will never buy these leggings or the matching shirt.

Parents are regularly told today that for the good of our children, we’re supposed to praise their efforts, rather than their intelligence. According to Scientific American:

[M]ore than three decades of research shows that an overemphasis on intellect or talent—and the implication that such traits are innate and fixed—leaves people vulnerable to failure, fearful of challenges and unmotivated to learn.

Teaching people to have a “growth mind-set,” which encourages a focus on “process” rather than on intelligence or talent, produces high achievers in school and in life.

If this is true for intelligence, why shouldn’t it also be true for sports ability?

In spite of helicopter parents having embraced participation trophies – a terrible idea – they’ve also put a lot of pressure on their millennial children to succeed in extracurricular activities and always get A’s in school. However, most students don’t deserve A’s . . . which means stressed students are more likely to cut ethical corners.

To show how things have changed, consider these statistics from the Academic Cheating Fact Sheet authored by the Educational Testing Service and the Ad Council‘s Campaign to Discourage Academic Cheating: “While about 20% of college students admitted to cheating in high school during the 1940’s, today between 75 and 98 percent of college students surveyed each year report having cheated in high school.”

Ethics are very important to me. As a writer whose words and ideas are her everything, I’m disgusted by plagiarism and would never approve of stealing another person’s work. I never want my daughters to get the message from me that it’s more important to “win” – especially if that means cheating – than to put in hours of honest work.

I want my daughters to try new sports because they’re curious about the activity, and they love moving their bodies. For me, sports are about staying active and staying healthy. I don’t want my daughters to feel an activity is only worthwhile if they win in a competitive setting. For one thing, I don’t believe that, and for another, that sucks all the joy out of the activity. There’s an inherent glory to the effort it takes to play well.

My rising kindergartner recently started swimming lessons, and she’s hooked! There’s a majesty watching her move in the water, in large part because she’s enchanted by the whole activity. I want to nurture that joy. To me, that’s a big part of what makes any activity worthwhile – not the thought that my daughter might one day be all-state in swimming.

If my girls give an activity their all, and they enjoy themselves while playing the game, I’d consider that a win. Or put it another way, I would’ve considered buying these pants (or shirt) if the Gap had gone with the slogan, “Play Your Heart Out.” Because that’s a message I can get behind. 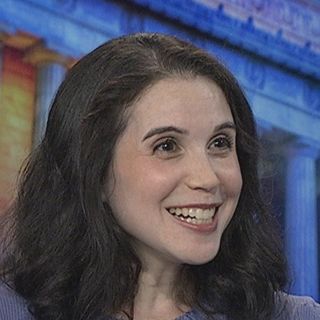