If you believe the headlines, capitalism is dead and young people are trading in the ideas of free markets and profit for socialism. But don’t tell that to the group of budding entrepreneurs I met last week in Naples, Florida.

Dozens of kids from the ages of 6-14 participated in the first annual Naples Children’s Business Fair. The event showcased 50 young entrepreneurs from all over southwest Florida, with the chance for twelve cash prizes of $50 each. Kids in four age categories competed for the most original, best presentation/creativity, and highest business potential.

The fair, put together by 15-year-old Taylor Makrush as his Eagle Scout project, aimed to allow children to “create a product or service, develop a brand, build a marketing strategy, and then open for customers.”

Looking around the fair it was easy to be inspired by all the hard-working kids sharing their products with their peers and potential customers. As these children learned, starting a business is not easy.

One of the young participants, Luca D’Agostino, said, “I’ve learned how to build up my business.  It was a lot harder than I thought.” The young man’s mother said Luca was tenacious and a natural salesman. His business, “Bricks Galore,” featured products entirely made of Lego bricks.

Despite my argument that I probably couldn’t fit one of his products in my suitcase on the flight home, I ended up purchasing a frame from him. He simply would not take “no” for an answer. His mother was right, Luca is a natural salesman.

Faith Segodo of Cape Coral opened her store called “Faith, Grace, and Lace Boutique” to earn money for something her parents wouldn’t buy for her. “I’m trying to earn enough money to buy an American Girl doll,” she told me. “They’re expensive, but I love them.”  Many of the hair bows and headbands Faith created for the fair can be used for dolls, but Faith mentioned something else: she just really loves bows and looking pretty.

I asked Faith what she learned from participating in the fair. “I learned that business isn’t very easy. It made me want to try harder.”

The event was sponsored in part by The Foundation for Government Accountability (FGA), a national policy organization based in Naples, Florida.

FGA CEO Tarren Bragdon said, “The fair was a great way for kids to take a risk, create something that they can be proud of, and earn their own success. As a parent of four, I’m always looking for opportunities to do that.”

Tarren’s 8-year-old son Wyatt, who participated in the event, was working hard to sell his “WB’s Smokin’ Spicy Meat Rub,” which he created after many years of helping in the kitchen at home. According to his parents, Wyatt has been cooking since he was just two.

“Jack’s Sea Colors” was a business started by John Paul Benz, age 10. He started painting about a year ago and thought it might be fun to see if other people liked his art. I asked what inspired John Paul. “What inspires me most is going to art fairs and seeing what other people create. I see it and think, ‘I can do that.’ Then I go home and try.”

I asked him how he decided to price the pieces. “Well, watercolors are expensive and so are the mats. I had to add up those costs and decide what my time was worth, too, and then I priced them. I think $20 is fair. It’s a lot of work.”

Jane Marie Benz, age 12, also participated in the fair. Her business, “Jane Bean Naturals,” was created out of desire to fill a niche in the skin care market. “I have sensitive skin and I can’t use what’s in most stores, so I created my own,” she said. Jane sold out of nearly her entire product line consisting of bath bombs, lip glosses, and lip scrubs, proving there really may be a market for her products. She shared with me that if she sold all her inventory she would make about $90, which she plans on putting toward a family trip.

In a world where we hear about kids demanding iPads, phones, and video game systems  because they feel entitled to the trappings of modern America, it’s nice to see children learning about business and economics through a hands-on project like this.

As Faith noted, her parents said if she wanted an American Girl doll she needed to raise the money herself. With her “Faith, Grace, and Lace Boutique,” she is working toward that goal. Her dad told me, “I want her to learn the value of a dollar, and to see that success takes hard work.”

The American Dream has been built by people who had a drive, a desire, and a vision like many of the children at the Naples Children’s Business Fair demonstrated last Saturday. Taylor Makrush said of the kids assembled at the event, “You never know where the next Bill Gates will come from.” With hard work, determination, and some of that indomitable American spirit, the next Bill Gates, Henry Ford, or Thomas Edison may very well come from some of these amazing kids.

I left the fair broke, but with artwork, lip gloss, a Lego frame, and candy. I also left inspired. 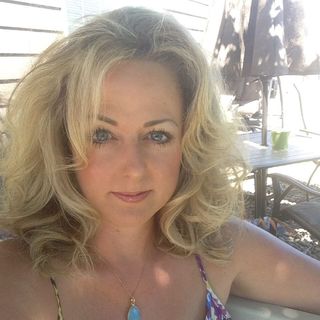