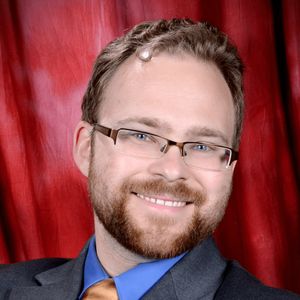 I've got a recap of the night here:

We over at @PJMedia_com watched the #DNC2020 #DemConvention so you wouldn't have to! Here's the recap in case you missed anything. https://t.co/i06R1mns0v

Thanks for hanging in there with us for two grueling hours. We'll be back at it again tomorrow night, same time, same place. Hope you can join us!

CNN is gushing about the roll call, because it showed states and people that the media bubble types ordinarily never see or pay any mind to, and then something a little more surprising happened.

Dana Bash admitted that she was texting with a Democrat official during the roll call (and probably before and after it too).

Is that standard practice, CNN?

Bash also said that she suggested to the Dem official that the roll call was sooo good we'll probably never go back to the old way.

Again, is this standard practice, CNN, to offer up production tips to people and entities you're supposed to be objectively covering?

An Episcopal priest is doing the closing prayer.

Because if you have to pretend to believe in God, Episcopalians are always there for you.

Early on in the protests he and his wife, Chrissy Teigen, donated $100,000 to spring arrested protesters from jail. Legend tried explaining away the "defund the police" movement when "defund" became problematic.

The nation can see now what enabling violent protesters leads to, and what defunding police leads to. John Legend and Chrissy Teigen are part of the problem.

And the Democrats just showcased him. So...keep that in mind.

Oh, thank God it's over.

Am I the only person who doesn't like John Legend? I don't get the fascination.

The ending was a little weird when Joe wandered in. I chalk that up to the blocking and trying to get the timing right live. That's not easy.

But the Dems do have just about ALL of Hollywood behind them. You'd think they'd get the spectacle and detail better than they are.

Did he say Joe or Jill?? I'm Joe Biden's husband. That's what I heard.

Jill Biden just said that if Joe wins the classrooms "will ring out with possibility again." Did she just admit that the key to ending lockdown and opening school is to vote for her husband?

Jill Biden: His faith is in, you know, the thing.

Jill is giving a good speech. It's relatable and heartfelt. She's nailing it.

This was actually quite good. One of the few non-cringeworthy parts of this convention. https://t.co/YeiHLjaHOE

Dr. Jill Biden is not selling it.

Jill Biden seems to be a more qualified candidate than Joe Biden.

THIS is what a commander-in-chief looks like 🇺🇸 pic.twitter.com/yfaiKKxR3x

On the one hand, I appreciate hearing the stories about Ruth Bader Ginsburg's friendship with Antonin Scalia, and Biden is trying to channel that with John McCain. On the other hand, Republicans hated McCain (by and large) for a reason. Mostly because he wanted to be Biden's (and Washington Post's) best friend. This is still a false narrative that Republicans are flocking to Biden because of Trump. It's not happening. Good try tho. Zell Miller is the model, but it's merely a faint copy.

Jill lied to a 'guy' to go out with Joe. According to a her ex husband, that 'guy' was him.