Hugh Hefner Won the Sexual Revolution, But It Doesn't Have to Stay That Way

Overnight, the news erupted with the death of American icon and Playboy founder Hugh M. Hefner. Hefner changed how culture views individuals, bringing into America the “Playboy philosophy.” His sexual revolution changed the world for both men and women, the bar for what both genders ought to be suddenly and frantically changed. Hefner threw honor and dignity out the window, in return for wealth and women.

Women were no longer persons to be cherished, but sexual prizes to be won. Hefner changed American culture to make a woman’s value consist only in her sexual availability and attractiveness to men.

The first issue of Playboy was published in 1953 with a nude pinup shot of Marilyn Monroe, and since that day, things have never been the same. Pornography has become commonplace and it is tearing apart the very foundation of thriving society, the family.

Hefner played into and created a movement of sexual freedom. He made sin look sexy: he portrayed rich luxurious men, with many women, to look like the epitome of masculinity. The nude body of a woman became commonplace, ready for the eyes of any man or woman. Hefner quickly became the true embodiment of the Playboy philosophy. His signature look was wearing the silk smoking jacket while he puffed on a pipe surrounded by beautiful women, which quickly became the trademark of “success” for men.

Hefner started a culture war and sadly, both the Left and the Right lost. The Playboy Mansion is no longer an anomaly — it’s the norm. Homes are falling apart, men are unfaithful, churches have lost vision on what Truth is. We’ve watered down the gospel in all areas of life, and society is groaning under the weight of sin.

Hefner started the revolution of the new American norm. One man with a sinful and tragic dream changed the way both genders are viewed.

The Growing Divide Between Christian and Secular Women

However, with the death of Hefner, a new movement and voice may come to life. A voice that speaks true freedom and success — a picture of what “living the dream” truly is.

The death of the “Playboy philosophy” can be here and it can be now. Christians know what “success” is and where freedom can be found. Today is the day followers of Jesus die to themselves and to the current philosophy of Hugh Hefners’ “success and freedom.”

Christians can make a stand in their homes, in their churches, and in their private lives to live out Truth. Believers can be frustrated because Hefner might have won a culture war, but they should also be hopeful because Jesus won the ultimate war. Today, Christians should live into that Truth, fighting day in and day out, knowing no earthly man can overthrow the plans of a sovereign God.

No, Hillary Clinton Fans, Evangelicals Are Not Secretly Planning a “Handmaid’s Tale” Future 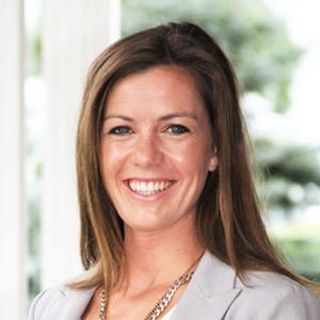 Jena Powell is co-founder of Blue Ash Media, a digital advertising company in Southwest Florida and VP of sales at Huntington Outdoor Advertising, a Midwest-based outdoor billboard company. She stays up-to-date in the political world through her involvement with Forge Leadership Network. She has a passion for small business, marketing, the Gospel, and politics.
Read more by Jena Powell
Tags: 2017 CHRISTIANITY CULTURE MEDIA SEX