What Am I: Atheist, Theist, or Something Else?

In my previous article, I originally defined atheism as “the rejection of the possibility that ‘God’ exists” because that is how I’ve understood the word from the time I spent studying theodicy (God and the problem of evil). But many “atheist” commenters disagreed with this definition because their self-designation was based on belief statements that didn’t align with my knowledge statement.

This article explains the differences between the viewpoints and the logic behind them.

Atheism is commonly called the belief that there aren’t any gods or the lack of belief in gods. But in a more accurate, philosophical sense, it is the knowledge that gods do not exist. This is easily seen by how an atheist answers the question: “Is there a God?” Belief is irrelevant to the question; knowledge is what’s important—with the only possible responses to be “yes,” “no,” or “I don’t know.”

Calling oneself an “atheist” is chic in our society, and conveys an air of intellectual sophistication, but many “chic atheists” describe themselves incorrectly. They are actually “agnostics” not “atheists” if they claim they do not know for certain whether God exists or does not exist because of the lack of “convincing” evidence. Simply saying, “I do not believe in God” or “I do not believe God exists” are belief statements—which are always subsumed by knowledge statements.

What one knows is always more credible than what one believes.

How then do we differentiate the various viewpoints?

What Am I, Philosophically?

To “know” something requires rational awareness of a perception or intimate familiarity of a fact that can satisfactorily answer the question, “How do you know?” while to “believe” does not require any justification.

The knowledge can be a simple perception or familiarity of a fact. For example:

Compare these to belief, which can’t provide a satisfactory response to the question, “How do you know?”

Both a knowledge statement and a belief statement can be true or false. But if false, the former can be justified with credible evidence that just turned out to be erroneous or obsolete, while a belief can’t provide any credible justification.

Knowledge, even if not perfect knowledge, is always more credible than statements that are based on belief. Both the theist and atheist can provide justification for their respective stances, with both having subjective, non-independently-verifiable justifications as well as those that can be independently-examined.

The above figure provides specific justifications for the theist and atheist, but it is obvious that the knowledge statements are not perfect—they are not at a five-sigma (5σ) level where faith is no longer required. The theist can honestly say they “know” God is real or they “know” Jesus Christ is our Savior, or they “know” their faith is true without falling into the danger of sinning against “knowledge” of God’s reality because even the most cherished and powerful spiritual witness can still be questioned as not being genuine messages from God. Only an actual appearance of God to either the theist or atheist can move that faith into genuine knowledge territory.

What matters is what they know, not what they believe.

Because each of us has unique perspectives, we can have very different opinions and understandings of the same event or item.

What Am I, Behaviorally?

However, from a behavioral point of view, a person’s philosophical stance is irrelevant. One can live his or her life saying they know or believe there is no God but at the same time behave nobly, charitably, and with great empathy towards others. If there is a righteous God who rewards the just and punishes the unjust, God should then favorably look upon that person regardless of his or her philosophical unbelief. In these circumstances, that person is behaviorally a theist, not an atheist.

Conversely, all who claim to be theists or agnostics who lack love, charity, and empathy towards others are behaviorally atheists, regardless of their philosophical positions on God.

Word accuracy matters. One cannot call themselves a duck if they aren’t a duck. I cannot describe myself as “skinny” when I weigh over 250 pounds, irrespective of my wishes to the contrary.

Anytime someone says they do not know whether God exists, they are agnostic, regardless of what their beliefs are on the matter.

Agnostic-atheists cannot simplify their self-designation as “atheist” for the chic value because it is inaccurate to do so. Besides, there’s nothing wrong with the labels “agnostic” in a general sense and “agnostic-atheist” in a specific sense – embrace them.

Similarly, there’s no eternal benefit to calling oneself a “Christian” if one lacks genuine love, charity, empathy, and compassion towards others. God does not care what you think; he cares what you do. 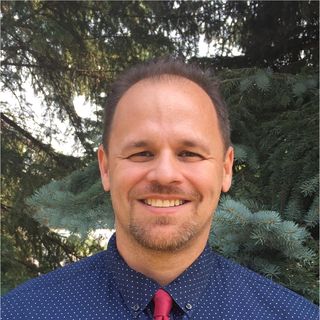 Edward K. Watson is the discoverer of a unique feature of the New Testament: it is the world’s only unedited, frameless, correlative anthology – the only empirical evidence that provides a very high probability that it is inspired by God. He specializes in creating and editing correlative anthologies like proposals and project execution plans for very large projects, including many above $1 billion in total installed cost. Ed lives in Calgary, Canada and is the author of Is Jesus “God”? and Ode to Jesus (forthcoming, 2018). His website is https://edwardkwatson.com/
Read more by edwardkwatson
Tags: ATHEISM CHRISTIANITY ETHICS GOD RELIGION
SHOW COMMENTS