Listen to Joe Biden and Barack Obama Relive the Good Old Days ... for a Price

Well, the campaign theme for Joe Biden is clear. Electing him will bring us Barack Obama’s third term.

Tomorrow, President @BarackObama and I are hosting a virtual grassroots fundraiser. We’ll be answering some of your questions and taking a few trips down memory lane. You won’t want to miss it.

Time is running out to reserve your spot. RSVP today: https://t.co/spYqBqnX0U

Unlike a Trump rally, where you just need to provide a valid e-mail address to attend, this is a pay-per-view event. If you follow the link, this is what you see: 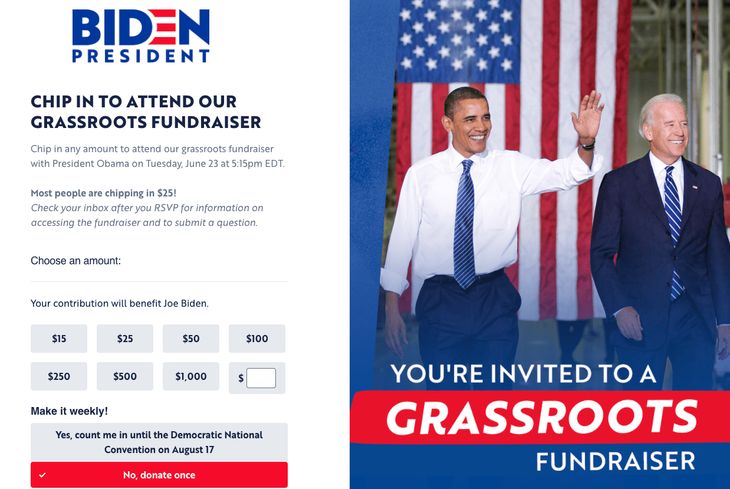 Let’s take a trip down memory lane with the guys. Here are just a few of the memories of the Obama presidency I would like to hear more about.

Of course, this is just a small selection. I didn’t even get into Fast and Furious, the Paris Climate Accords, or how the administration was going to continue a policy of managed decline by joining the Trans-Pacific Partnership. The good old days, no doubt.

The return to normalcy is the exact narrative the Trump campaign needs to combat. There was nothing ordinary, scandal-free, or unifying about the presidency of Barack Obama. Even with a complicit and uncurious corporate media. In fact, on nearly every major issue, American’s satisfaction in January of 2020 was higher or about the same as it was at the end of the Obama presidency. 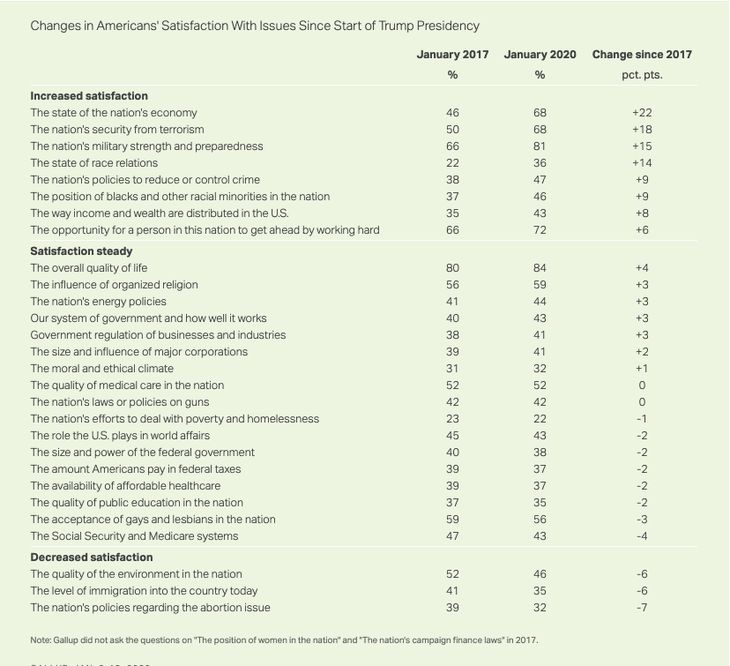 The Trump campaign needs to inspire confidence that it can restore these levels of satisfaction post-pandemic. Here are a few ways to do that.

Barack Obama has already given us a preview of what his third term will look like. In his endorsement of Joe Biden, he assured Americans that Biden would have the best experts around him. Translated, political appointees will be running the country, and they will all come from Team Obama.

He also redefined original sin for the Church of Woke™. Americans now have the collective sin of slavery to account for. If you accept this premise, the sin of racism is the foundation on which our institutions were built. Then you must also accept these institutions need to be fundamentally transformed. That premise has to be rejected loudly and often.

Ultimately, it is bizarre that in an economy ravaged by lockdowns and riots, the party of the poor is charging money to hear its message. Of course, they are also the party of the very rich. It is also interesting to see the Biden campaign pretty openly admit the need for Barack Obama to get a message out.

No, George Will, Joe Biden Is Not Better Than Trump When It Comes to China. Here’s Why.