Yesterday President Trump unveiled his Executive Order on Safe Policing for Safe Communities. His comments were not limited to law enforcement. Rather, he spoke holistically about how to improve communities through investment, school choice, and economic improvement.

“In order to make real progress on public safety, we have to break old patterns of failure. Many of the same politicians now presenting themselves as the solution are the same ones who have failed for decades on schools, jobs, justice, and crime.”

He then articulated how his administration had taken a multi-faceted approach to uplift minority communities:

Then he discussed his administration’s support for school choice.

“School choice is the civil rights statement of the year, the decade and probably beyond. Because all children have to have access to quality education. A child’s zip code in America should never determine their future.”

President Trump’s comments about a holistic approach to improving communities are cued up below.

Adding school choice to the election talking points and highlighting the administration’s stalwart advocacy for it gives the campaign the perfect wedge issue and the perfect foil.

For a wedge issue, according to the group Democrats for Education Reform, the party is split along both racial and generational lines about school choice.

Democrat nominee Joe Biden has made his stance clear:

When we divert public funds to private schools, we undermine the entire public education system. We've got to prioritize investing in our public schools, so every kid in America gets a fair shot. That's why I oppose vouchers. #Espinoza

This is a clear difference between the campaigns that can be capitalized on. Democrats have traditionally received about 94% of the donations from the nation’s two largest teacher’s unions. Both the National Education Association and the American Federation of Teachers oppose vouchers and other school choice programs.

The Democrat party line is going to remain that dumping more money into failing public schools is the solution. Because that’s worked out so well to this point.

Because of the race and generational divide regarding school choice, this may help President Trump with younger black voters who already approve of him at higher rates than expected:

The data collected from April 2-May 13 by the Democracy Fund + UCLA Nationscape project, an initiative that conducted weekly surveys of thousands of potential voters for nearly a year, found that 29% of percent of black voters ages 30-44 and 21% ages 18-29 have a “very favorable” or “somewhat favorable” view of President Trump. This compares to just 14% of black voters 45-64 and 9% of those 65 and older.

Meanwhile, one of the most successful charter school systems resides right in his backyard. Success Academy Charter Schools operate on a pure lottery for admissions and take students from some of the most disadvantaged neighborhoods in New York City and surrounding areas.

Teaching 17,000 students across 45 locations, Success Charters are the seventh-largest district in New York State. They enrolled approximately 1 in 60 public school students in New York City in 2019. They also outperformed every school district in the state on New York State exams. Smaller districts that were far less diverse with much higher average household incomes did not even come close. 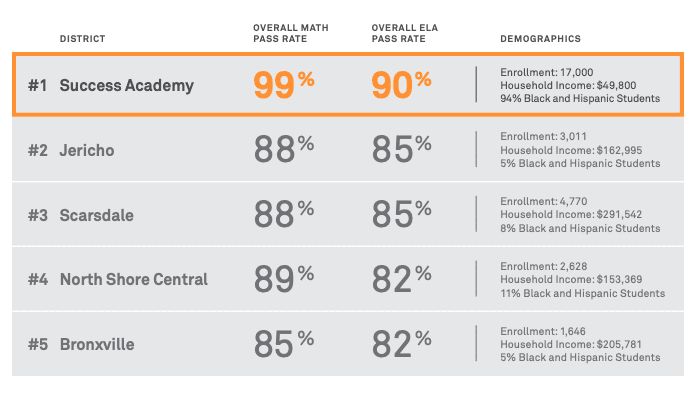 When compared to New York City and New York State, Success Academies ranks in the top 1% for both English and math. 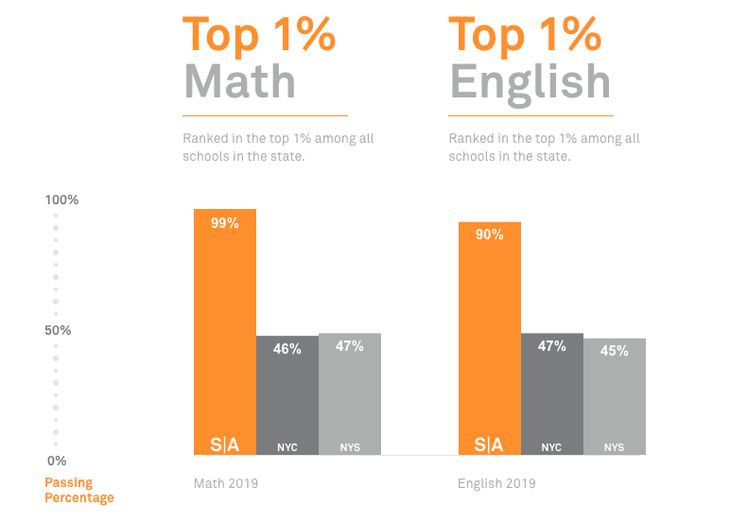 Their success with especially disadvantaged subgroups, such as children with IEPs, outperformed other schools in New York City by leaps and bounds. 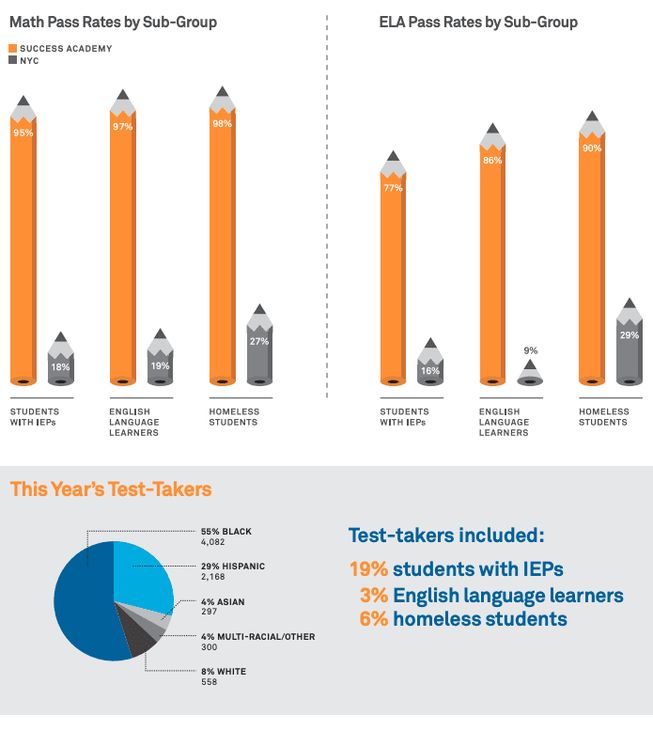 Yet in Mayor Bill de Blasio’s New York, the Success Academy Charters have to get petitions signed and to try and force him to increase classroom space. Or hold rallies on the city hall steps to get adequate space in Queens. Even when faced with significantly underutilized school buildings, de Blasio wouldn’t budge.

If the nation’s worst mayor had two synapses that fired effectively, he would be inviting the administration of Success Charters to fix his broken inner-city schools. Instead, he makes it more difficult for them to operate effectively and installs public school policies that lower the bar behaviorally and academically for students to achieve some lofty goal of equity.

It is a tragedy for New York City students and effective education. By elevating Success Academies’ success and the challenges they face from a radical Democrat mayor, the Trump campaign can accomplish two goals. First, providing a best practices educational model for other inner-city charges to follow. Second, it would give a megaphone to the parents and administrators of Success Academies to talk about the difference school choice has made in the lives of the students.

The holistic approach to community improvement outlined by President Trump is the correct one. It is also a direct counter to the radical calls to defund and dismantle police departments. Through reasonable law enforcement reform and elevating an issue like school choice in the campaign, it is an argument that can be won in time for November.