The alleged “president-elect” Joe Biden gave a snoozer of a speech yesterday that everyone missed, apparently. Some industrious viewer got a screenshot of all the major live streams of the speech, which, thankfully, I missed (along with the majority of Americans who were too busy clipping their toenails or washing their hair to pay attention to some senile old man coughing through a speech he didn’t understand).

Midstream, his viewers only appeared to add up to a mere 52,000. When Trump gives a rally, his live stream numbers are in the half a million range on one channel (Right Side Broadcasting). When you add up all the channels together, Biden appears to have only a pittance of viewers. This is the guy we are to believe got 82 million Americans to vote for him—more than Barack Obama, The Lightbringer himself. Really? With as many supporters as we are told voted for this man, is it possible that hardly any of them wanted to see this “victory” speech. 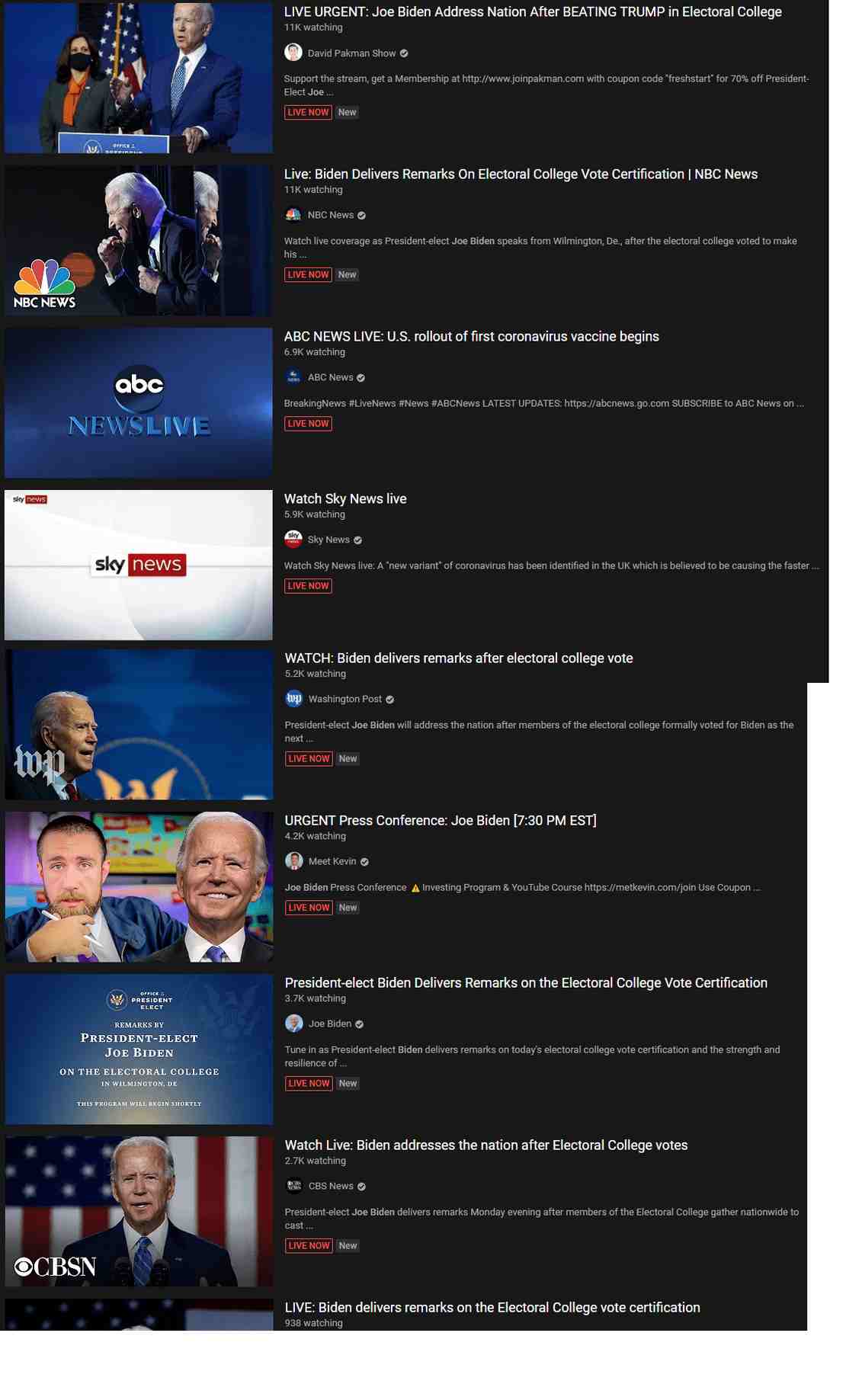 This looks like it had all the enthusiasm of a funeral with COVID attendance restrictions.

The numbers perked up in the replays and CNN managed to show it to 700k people, but it still pales in comparison to a Trump rally rebroadcast. Trump’s rally in Florida a month ago got over a million views on the replay on one network. But the numbers I would count on that show enthusiasm are the live stream numbers. Those are people who took time out of their day to watch something at a certain time because it mattered to them. And Joe Biden’s speeches only matter to about 52,000 people. Does that square with a sweeping election victory bigger than anyone has ever seen before?

In an effort to be fair, I tried very hard to find official reporting on the viewership numbers, since this source is just some unknown citizen grabbing screenshots. One doesn’t want to put 100% trust in those numbers because it’s impossible to verify. But I searched to see if any of the networks were reporting record viewership during the live stream of the speech—because surely they would if anything groundbreaking had happened that would make Sleepy Joe look good. But the only stories popping up about the speech last night are all the concerned people who watched Grampa Joe cough repeatedly, looking like he was about to faint. If NBC or ABC comes out today or tomorrow with some actual, verifiable live stream numbers that show this to be false, then maybe it’s a nothingburger. But it sure seems significant to me. Do you agree? 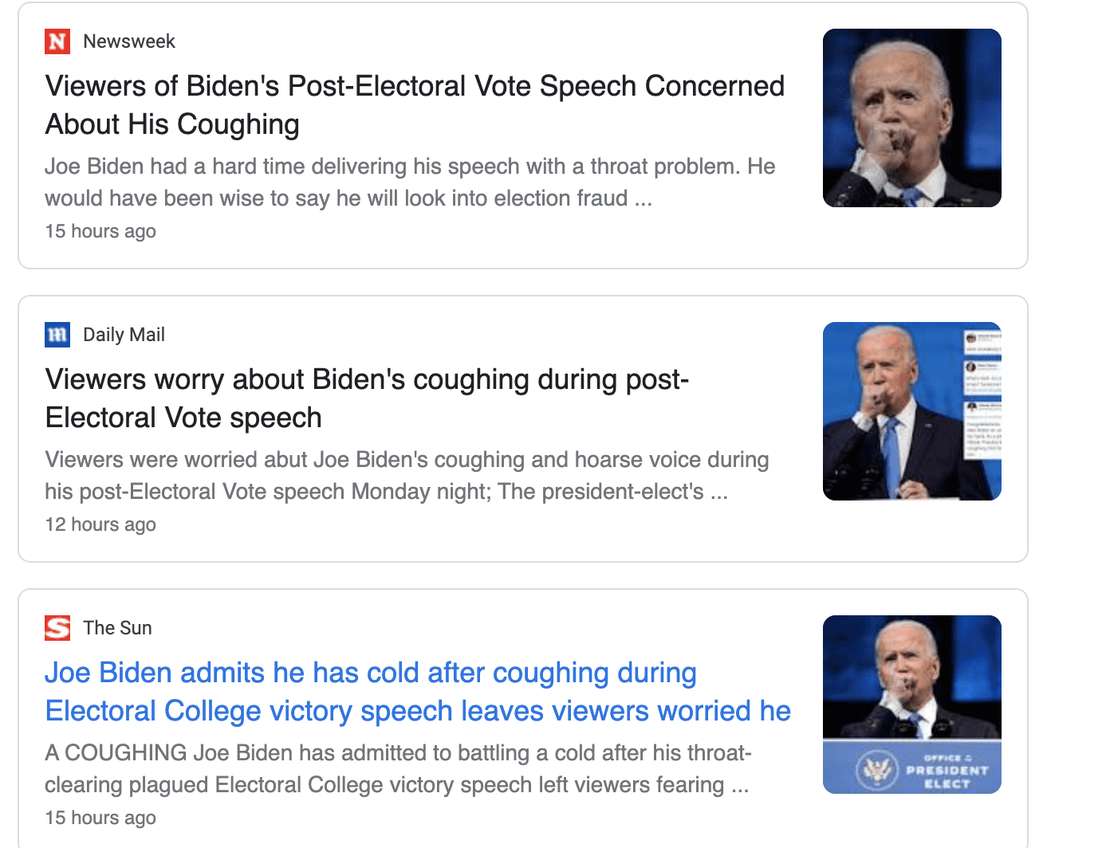