As we careen toward Election Day this Tuesday, Democrats across America have pulled out all the stops to eke out a victory. They are pulling dirty tricks in many races to suppress conservative voter turnout, confuse Republican voters, and cause general electoral chaos.

Many of these tricks go well beyond the typical negative campaign tactics that are designed to suppress voter turnout. Deliberate misinformation is being spread to cause Republican voters in several states to question the GOP candidates. The states include, so far, North Dakota, Oregon, Montana, and Ohio.

Whether it’s the result of the Kavanaugh hearings swinging momentum back to the Republicans in toss-up races for Congress, a blue wave that has failed to commence, or the unexpected vulnerability of Democratic candidates in races thought to be safe, the tricks being pulled have pushed the boundaries of campaign laws and demonstrate a new level of desperation in the 2018 midterm elections.

“Facebook keeps a searchable database of the political ads which run on their platform,” Port explained. “I searched for this particular ad to verify it, and it’s real.” He noted, however, that the ad appears to have been deactivated.

This one was paid for by the North Dakota Democratic-NPL:

“If you click on the link in the ad,” he said, “it takes you to a landing page on the North Democratic Party’s website. That page displays this message:

Port also reports that the North Dakota Democratic Party is sending out mailers backing a conservative candidate for secretary of state:

The North Dakota Democratic Party has sent out a third mailer in the Secretary of State race, again not touting their candidate Josh Boschee but rather a last-minute independent candidate named Michael Coachman.

This is an obvious attempt to sow the seeds of confusion among Republican voters.

Democrats in Oregon are suspected of a similar attempt to confuse and mislead Republican voters in the race for governor. Oregon has not elected a Republican governor since 1982, and this year’s race between far-left incumbent Kate Brown and moderate Republican Knute Buehler has tightened significantly. Brown has failed to exceed 47 percent in any poll in the months after a scandal-plagued term in office.

On October 31, Willamette Week reported that Republican voters across the state had received mailers in favor of Aaron Auer, the Constitution Party nominee for governor:

Right-wing Constitution Party candidate Aaron Auer has spent and raised $0.00 this calendar year, but glossy mailers that feature his photo are landing on voters’ doorsteps.

Auer says he didn’t send them.

“I just saw them for the first time on the email you sent them; I have no knowledge of it,” Auer tells WW. “I’m not a politician. I believe in being honest.” 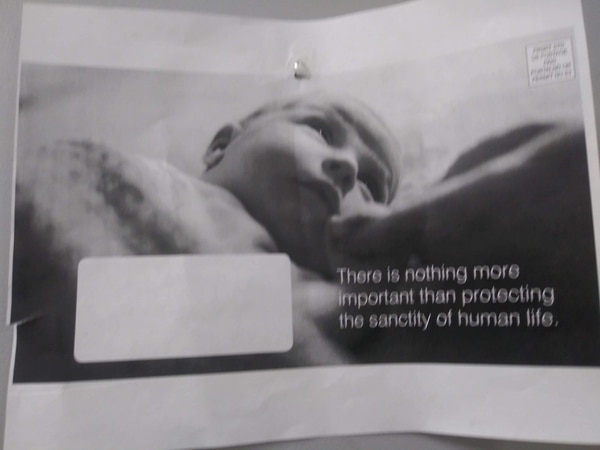 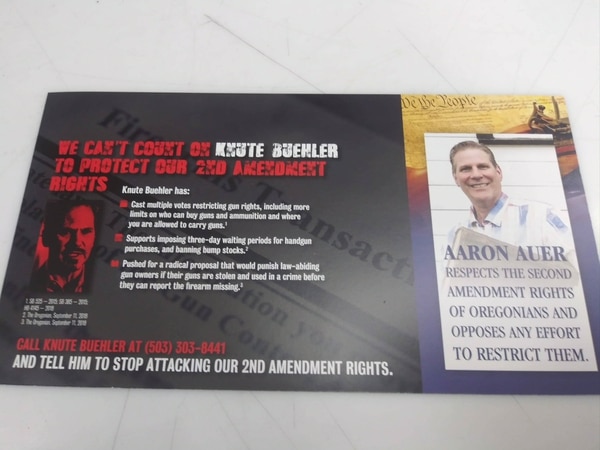 The Democratic Party of Oregon swears they’ve had no involvement. An investigation of the postal permit on the mailers leads back to a company called Morel Ink, a favorite mail house of Oregon Democratic campaigns and PACs. (Incidentally, the guy Willamette Week quoted from Morel Ink, Scott Ballo, was a spokesman for former Oregon Governor Ted Kulongoski and is a convicted sex offender.)

The Oregon race for governor has also seen spurious video ads produced by a mysterious group. A Facebook page created on October 30, with no identifying information, has run ads with this video targeted at conservatives:

The group, Coalition for a Safe Secure Oregon, may run afoul of Oregon election law, which requires all political expenditures to be reported to the secretary of state within seven days — if anyone can identify who put the page together.

Someone on the Left in Montana attempted something similar, but it blew up in their face. Incumbent Democrat John Tester faces a strong challenge from Republican candidate Matt Rosendale. This past week, mailers in that race targeted conservative voters, according to USA Today:

Libertarian Rick Breckenridge on Wednesday threw his support behind Republican candidate Matt Rosendale, saying he was standing up against “dark money” in politics.

Breckenridge said he was angry about a recent anonymous campaign mailer that said if Rosendale were elected, it would lead to more government surveillance and that voters should cast votes for Breckenridge instead.

“Matt Rosendale wants to use drones and patrols to spy on our private lives,” the mailer reads. “Rick Breckenridge is a true conservative and opposes government intrusion into Montanans’ private lives.”

GOP officials said there were no names attached to the mailer, which arrived in mailboxes Tuesday, nor was it known how many were sent out. The lack of a name is a violation of state and federal election laws.

This week, PJ Media’s Paula Bolyard reported that the secretary of state race in Ohio — traditionally a hard-fought swing state in national elections — has taken a more openly partisan turn. Instead of relying on dark money groups to sow confusion among conservative voters, the Democratic candidate, Kathleen Clyde, revealed her strong anti-Trump bias by saying:

It is a very powerful and important position, impacting the presidential election because of our importance as a battleground state and the redistricting process. It matters who runs the elections in this critical state. [emphasis added]

Meanwhile, the Ohio Republican Party has filed a complaint in the state Treasurer’s race, alleging that the Democratic candidate, Rob Richardson, funneled over $500,000 in illegal campaign contributions through labor unions in 14 states and the District of Columbia in order to avoid campaign finance limits and reporting requirements.

All these shenanigans indicate that, across the nation, Democrats are nervous about their chances on Election Day. Fearing that the blue wave may not materialize, Democrats have turned to shady, misleading, and sometimes illegal tactics to make it happen.