Kelly’s win, and Republican Jennifer Virden’s near-win in District 10, may signal a major shift in Austin voters’ thinking. The Democrat-dominated city was already up in arms over the homeless camping ordinance, which allows homeless people to camp just about anywhere they want all over the city (except city hall) since the council passed it unanimously in the summer of 2019. That has led to encampments under overpasses and even on the fringes of neighborhoods all over Austin. Those camps are unsanitary and unsafe; one of them recently burned.

Then the pandemic struck, and Mayor Steve Adler took an authoritarian approach that has, among other things, badly damaged the city’s once-vibrant live music scene (and his own credibility). #SaveOurStages became a force in the city because Adler and the city council’s policies are harming one of Austin’s trademarks, destroying many residents’ ability to make a living at all.

Then the riots struck, and the Austin city council sprinted without thinking at all toward defunding its already short-staffed police department. The city council sliced about $140 to $150 million, about a third, from that budget. The mayor and city council never considered the likely consequences on crime rates or the city’s living and business climates. They just did what the radical activists told them to do. Crime soared. The city council has shown no signs of caring about it. They have instead promoted a woke “social contract” that is, well, infantile.

Kelly and Virden ran against incumbent Democrats Jimmy Flannigan and Alison Alter respectively. Both made the runoff and now Kelly has unseated Flannigan. Virden narrowly missed by a few hundred votes, which should encourage other Republicans to challenge in other districts in a couple of years. Both ran on pro-law enforcement, anti-homeless camping platforms.

Kelly’s win and Virden’s near-miss are significant. So what’s on the front page of the city’s major newspaper, the Austin American-Statesman, today?

Nothing about the city council earthquake. Not a word.

We have the receipts. 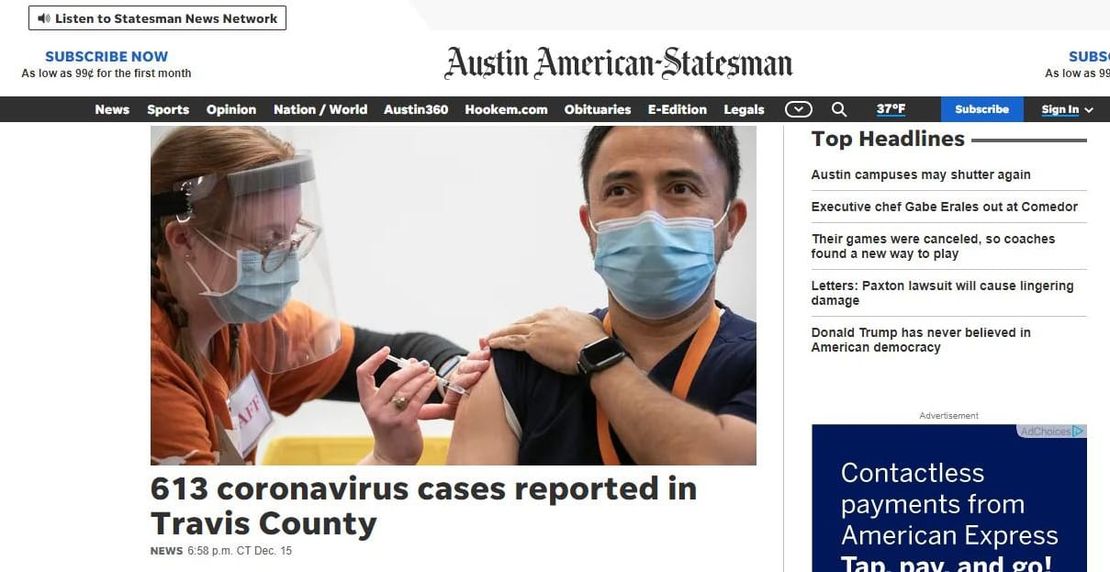 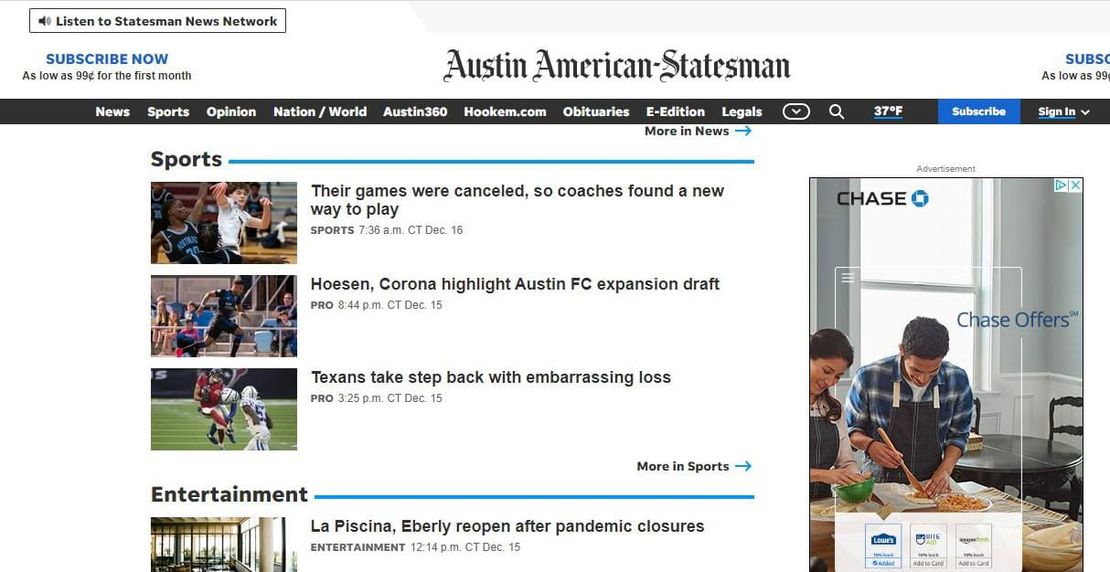 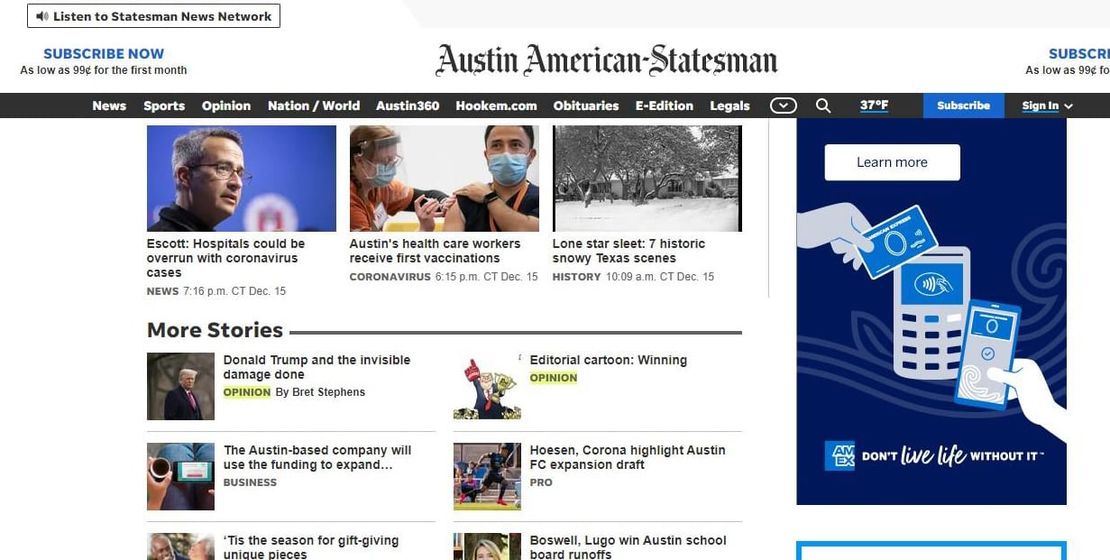 I’m sure the AAS will get around to covering the upset. It did, after all, endorse both Flannigan and Alter before the runoff. The paper tried tying both challengers to Trump on Dec. 6.

The paper is probably lining up a hit-piece to greet Kelly before she even takes office.

Update: The AAS posted a story on it at 9:40 AM. The result was known more than 12 hours prior.