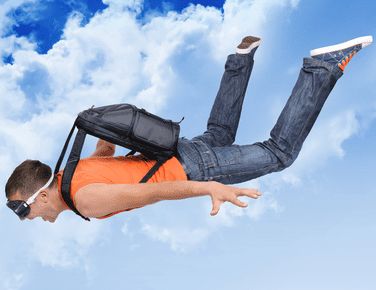 The saddest part about the recent decision in Brussels, Belgium, to fine “offensive language” is how utterly predictable it was. When you combine the inherently expansionist character of government with the nanny-state sensibilities of the modern technocrat, the necessary outcome is total control of the individual — his or her comprehensive subsumption into the collective will. Since there is no more potent expression of individuality than speech, and since there is no more potent concentration of government and soft-core fasco-nannyism than in the eurozone and its neighbors, we all knew it was coming. Let me say that again: We all knew it was coming. We can now, confidently and with justification, replace the phrase “slippery slope” with “free fall.” A slope implies the possibility of catching oneself on a rock or a sapling and climbing back up; a free fall is inevitable.

So it was with a nauseating mixture of horror and amusement that I read reports that “fines will range between 75 and 250 euros for using offensive language or sexually harassing someone in public….” A spokesman for Freddy Thielemans, the mayor of Brussels, quotes his boss as saying, “Any form of insult is from now on punishable, whether it be racist, homophobic or otherwise.”

Hold that thought for a moment. An article in the International Business Times deadpans the following observation: “Sexual harassment, in particular, has become a major topic of debate in Brussels. The issue was recently highlighted by student filmmaker Sofie Peeters, who documented interactions between herself and various men on the street using a hidden camera.”

In her documentary film, “Femme de la Rue,” Peeters is the target of cat-calling, unsolicited advances and misogynistic defamations — interactions which she said she experiences eight to 10 times a day.

“The first question women ask is: ‘Is it me? Is it something I have done, is it my clothes?’ But when I made this film I saw it wasn’t just me, lots of women have this problem,” Peeters told Belgian TV.

Eight to ten times a day: that could mean up to 2,500 euros under the new moral calculus. If Ms. Peeters were so inclined, would she be able to collect back-fines from the poor males on her video? I know you all have so many questions. What will be the standards of evidence for this new law? Will men be able to flirt? Are we in danger of what Hannah Arendt called “atomization”? We await the working out of these technicalities. For now, it must suffice to be hypothetical. Like scanning an Umberto Eco novel, one must learn to sift through the red herrings and the cryptic innuendos and seize the real narrative lurking in the language. In this case, one senses a pattern without too much trouble. The terms “fine,” “racist,” “sexual harassment,” and “hidden camera” have appeared within earshot of one another in a story about penalizing language. Given Western Europe’s cultural tendencies, I’ll leave it to capable readers to construct the most likely version of the future for straight white Belgian men.

I’m sure you’ve figured it out by now, so let us plumb these depths further. Two unspoken tenets of the contemporary nanny state are (1) you must participate in your own enslavement and (2) you must make every effort to enjoy it. The main mechanisms of enforcement are a subtle blend of humiliation, fear, and guilt. You are bombarded daily with propaganda that the reduction of your freedom is “for your own good” and “for the good of society.” You are treated like a child, so you begin to act like one. Like any normal child, you seek to avoid pain, and you notice that resisting your enslavement brings you ridicule, guilt, shame, and legal woes from the state and the society at large. You start to give in. Soon you are repeating the propaganda yourself. This completes the process of self-immolation by humiliation. Enforcement by the state yields to self-enforcement: the citizens are simultaneously the prisoners and the prison guards. It must be said that these sorry Belgians are, and have been, complicit in the process that led to this moment. Thus I predict that the reaction to the story will be tepid, even in the United States; the masses have had their wills broken like old tinker toys.

What we are left with, then, is reverse social Darwinism: the survival of the weakest, stupidest, and most heavily subsidized. Those wondering how to identify this New Western Man need to commit to memory the sadomasochistic cadences of the following comment, found below one of the online stories:

I love it! A country that is taking a stand on vulgar and rude behavior. Many people think that it’s cool and [sic] acceptable form of self-expression. It only shows that a person is ignorant, hot-headed, mean, obnoxious, racist, and lacks civility. Yes, certain Americans can rant and rave that [sic] an invasion of freedom of speech. I see it only as freedom to be rude and vulgar. There is a reason for the term, “Ugly American,” during my international travel. If that law was passed here in the U.S, alot [sic] of revenue would be generated for government education programs. The youth in schools need the most help (training) since the parents didn’t raise them properly.

It is difficult to tell whether this is meant to be sardonic. That makes it all the more disconcerting, since it means that the conceivable and the inconceivable have grown closer and are every day more indistinguishable. Indeed, only in the West could the above sentiment have been written, for only in the West could the proper combination of self-righteousness, entitled arrogance, disdain, technocratic sophistry, and creepy, affected concern have been achieved so effortlessly.

By the way, if you think it can’t happen here, it already has. In June, the residents of Middlebourough, Massachusetts, approved a measure to make “public swearing” subject to a $20 fine. The ACLU made some rumblings, but as far as I know the story didn’t even come close to entering our precious national discourse. It will thus no longer do to write such developments off as the product only of “European” societies, with their decadence and welfare states and yada yada yada. In a globalized world, there is globalized morality: all values mix until they are so diluted there are no values at all. If you’re wondering why the barbarians are inside the gates, it’s because there are no gates.

Robert Wargas is a contributor to PJ Media. A native of Long Island, he was educated at the City University of New York and Yale University, and has also written for The Daily Telegraph of London and The Weekly Standard. Outside of opinion writing, he has worked as a professional historian for a major research laboratory and university, documenting the history of biotechnology since the 1970s. He has also reported for both weekly and daily newspapers, including Newsday. He maintains a personal blog/website at robertwargas.org. Follow him on Twitter @RobertWargas
Read more by Robert Wargas