A Decade Later and We Are Still All Israelis

I will never forget what happened on 9/11. It is happening still, it has never stopped happening. This war against the West is far from over. The Arab Islamist terrorist attack pierced the historical veil, tearing a hole through all our denials about Jihad. What happened that day would inevitably determine the course of my future work and political priorities.

Always, it begins with the Jews. Osama Bin Laden called the assault on America ‘blessed attacks” against the “infidel…the new Christian-Jewish crusade.”  He explained that the twin towers had fallen because of American support for Israel.

Both war—and a new kind of anti-Semitism—had been declared. 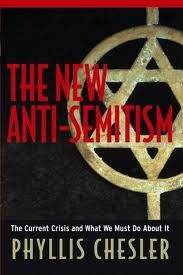 These are the opening lines of my 2003 book about The New Anti-Semitism, which characterized anti-Zionism as the new anti-Semitism and spelled out the danger of the alliance between western intelligentsia and Islamic Holy Warriors in an era of sophisticated Big Lie propaganda. I viewed this alliance as lethal to America and the West and potentially genocidal to the Jewish state.

I had been busily brooding and speaking about this subject for the previous thirty years and  knew its time had really come round the moment Arafat launched his bloody beast of an Intifada in 2000 — even more so when, on 9/11, Arab Muslim jihadists attacked my beloved country America. My fate — our global fate — was sealed. It was time for me to take a public stand on behalf of the truth, the Jews, Israel, the West, and America—the consequences be damned.

9/11… I can still smell the air: scorched souls, acrid and agonizing. It was a sickening combination of industrial fuels, hate, and human cries. It burned my throat and my eyes and my mind. I knew in my bones that nothing would ever be the same again. I would no longer feel safe in my native city or country or even in the world. I would no longer be able to assume that life as I’d known it — with all its illusions  — would continue.

Now, a decade later, I understand that many Americans — mainly our chattering classes, our self-appointed “good” people who will save the world once they convince us to get out of the way — refuse to live without their illusions intact; indeed, they would rather die than sacrifice them. 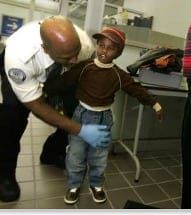 Are they insane or merely more terrified than I am? Are these “good” people blind or simply unable to feel compassion for their own countrymen and women and  innocent and peaceful citizens of the world — including Muslims — who are all together within the cross-hairs of jihadic evil?

As I said on that awful day: “Now, we are all Israelis.” For example, just like Israelis, precious American children have grown up knowing they are not automatically safe in their country or in their world. They understand the need for security at airports; they do not protest taking off their little shoes and standing for a long while in a long line. Even children understand that no one is admitted into a public building without going through a metal detector before turning over their backpacks and briefcases to armed guards. Some children who watched the twin towers fall thereafter obsessively drew pictures of it happening as if doing so could help them master their fear.

In the last decade, Americans have grown super-vigilant about handbags or packages left unattended — is it a bomb? And where once Americans might have groused and growled, they are now relieved once they learn that a fire, power outage, or explosion is an act of nature or merely too many people using air conditioners all at once — and not an act of Islamic terrorism.

Many Americans have become far more patriotic in the last decade, more appreciative that even an imperfect America is still the most evolved democracy in the world, still the symbol of freedom, of rule by law, of human, civil, and women’s rights. 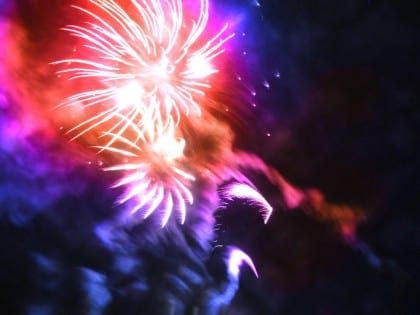 Many Americans, myself included, understand that we are at war — and that we have been at war since Khomeini ascended to power and held Americans hostage in 1979-1981, since the Islamist attacks on America in Beirut in 1983 and in New York City in 1993, in Saudi Arabia in 1996, in Tanzania and Kenya in 1998, and in Yemen in 2000.

Many Americans also understand that we have been guarded by heroic soldiers and civilians both on 9/11 and  thereafter in Iraq, Afghanistan, and Pakistan. We also appreciate that we have not been attacked again and that American counterterrorism intelligence has foiled dozens of Islamic terrorist attacks. 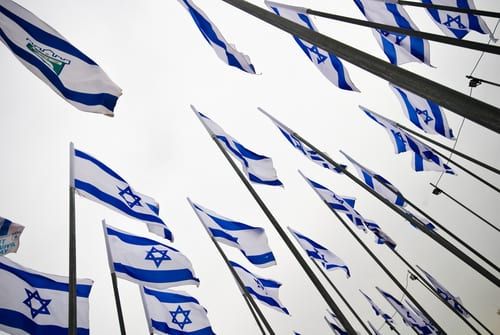 By the way, please contrast this with the number of terror attacks in Israel in the last decade. According to the Shin Bet, there were 146 successful suicide attacks in Israel between 2000 and 2009. During this period, 1,178 Israelis were killed and 8,022 were injured in terror attacks. In the last year alone, Hamas has launched 557 rockets from Gaza into southern Israel.

Many Americans, myself included, do not think that America (or Israel) are existentially “evil,” that these countries deserve “payback” for their alleged crimes of imperialism, racism, and colonialism. 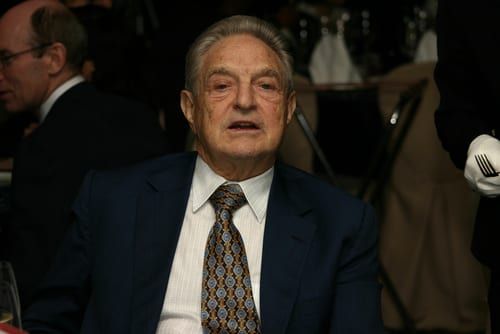 But then there all those who run Muslim and European countries, media, and terrorist organizations, as well as the United Nations, the international human rights organizations, the academy, and, last but not least, the current American president, who all believe that America has a lot of apologizing to do.

A decade after 9/11, it is clear that they do not believe that Israel has the right to defend itself and believe that all the Big Lies about Israel are true, and there really is a country called “Palestine” which once existed and which Israel now heinously “occupies.” No one wants to understand that Islam has colonized, “occupied,” persecuted, murdered, and exiled all those whom it could not convert by the sword; yes, and that Islam also has a chilling historical record of slavery, (anti-black African) racism, and both religious and gender apartheid.

Ten years into it, and America’s liberals and President Obama, their beloved leader, believe that America must now “engage” with Islamists and sacrifice Israel if that is what they want; that America cannot afford to risk standing with Muslim and ex-Muslim dissidents and feminists who are fighting Islamists clear across the Muslim world and in exile in the West.

Thus, although everything has changed, these “good” people will not be moved. They refuse to blame Muslim jihadists for attacking and plotting to attack American civilians, military bases, military recruitment centers, and American Jews in their  centers and synagogues. They insist on seeing the greatest threat to American security as coming from the conservative, Christian, and Caucasian right (that’s Oklahoma bomber Timothy McVeigh, Pat Robertson, even Glenn Beck) and never, ever from the liberal-fascist-supported Islamist jihadists.

Some Americans insist that all Arabs and Muslims are innocent, and when they have been proven guilty, they view them as both “crazy” and as acting independently, without the benefit of an extremist religious ideology. Only Oklahoma bomber Timothy McVeigh and the Norwegian mass murderer Anders Breivik are seen as having been influenced by a right-wing racist/fascist/”Islamophobic” Christian ideology.

Finally, a decade later — and what are American civic leaders and politicians doing? Proudly, they are organizing interfaith dialogues, many of which will be held just before or on 9/11/11. These events have been organized or co-sponsored by Muslim groups, many of which have terrorist ties and/or represent constituencies who have been indoctrinated to hate America, hate infidels, hate Israel. These dialogues and conferences are being supported by American liberals who genuinely value “peace,” “harmony,” and “anti-racism” (except where Jewish Israelis are concerned). In their anxiety about terrorism, in their refusal to allow terrorism to modify their commitment to civil rights for people of color and for immigrants of color, they are literally marching with if not identifying with the Islamic aggressors — and not with their many Muslim and infidel victims.

For example, on Sunday, September 11th, at the National Cathedral in Washington, the president of the Islamic Society of North 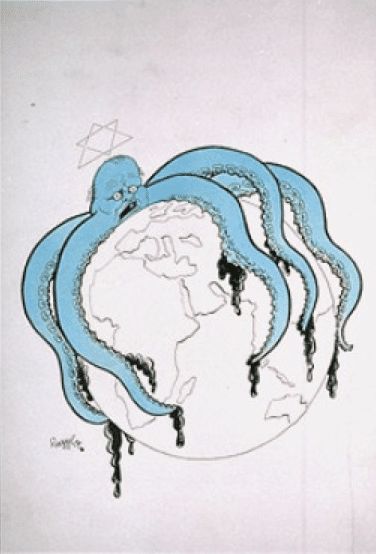 America (ISNA), Imam Mohamed Magid, will be participating at an interfaith prayer vigil . The ISNA will also be a sponsoring this year’s “9/11 Unity Walk” both in Washington and New York. In New York, ISNA Acting Secretary General Ahmed El-Hattab will present a check of $20,000 to the New York City Fire Department. This is the same Islamic Society of North America that was named by the Department of Justice as an “unindicted co-conspirator” with a Texas charity that funneled money to the terrorist group Hamas. In 2009, at the ISNA’s annual convention, New York imam Warith Deen Umar said that the Holocaust happened to Jews “because they were serially disobedient to Allah” and that a small handful of Jews around President Obama “control the world.”

In addition, for 9/11, dozens of interfaith programs, both on the air, online, and in public spaces, will be focusing on the Muslim victims of 9/11. Programs which “specifically aim to counter anti-Muslim prejudice and bring Muslims and non-Muslims together” will also be taking place around the country.

These interfaith religious “feel-good” theatricals are also taking place in Canada. A particularly dangerous one took place 9/7/11 in Montreal, sponsored by McGill and the University of Montreal. This one hoped to shame the UN because it has just rejected the criminalization of free speech where religion (think thin-skinned Islam) is concerned. The shaming will occur because the speakers are very high profile — some might say distinguished. They include Muslim Brotherhood (MB) leader Tariq Ramadan, the Dalai Lama, Deepak Chopra, Iran’s Shirin Ebadi, and Boston University’s Steven P. Katz. Canadian activist and Muslim liberal Salim Mansur and Marc Lebuis believe that the conference is being funded by the Muslim Brotherhood and probably by Saudi money as well.

In 2010, New Yorkers lined up clear around the block in order to hear the overly glamorized Ramadan at Cooper Union. His speech was sponsored by the American Association of University Professors, PEN American Center, Slate, and the ACLU. This is proof of the continued and dangerous failure of educated westerners to understand that Ramadan is not “merely” the grandson of the founder of the MB but someone who actively supports his grandfather’s ideas; in fact, according to Mansur and Lebuis, the MB is using all the interfaith dialogues for their own purposes — they want to make sure that Christians do not support other Christians who are being persecuted in Muslim lands and they want Christians to help them drive the Jews out of Israel.

Prominent ex-Muslim and religious Muslim intellectuals and activists have just signed a letter calling on the authorities of McGill University and the University of Montreal to “endorse freedom of expression by publicly disassociating themselves from the censorship” which this conference represents.

The Islamic/Islamist war against the West is not over. Whether America pulls out of Iraq and Afghanistan or stops targeted assassinations or not, we are in this for the long haul. Pretending that Islam is not the problem will not keep us or democracy safe nor will pretending that Muslim jihadists do not exist, are primarily innocent, or are our natural “peace partners.” Americans are not guilty of “Islamophobia.” According to the FBI, post-9/11, hate crimes against American Jews, not against American Muslims, increased alarmingly.

Reaching out to Muslims is indeed important — if they are willing to tolerate rather than persecute and attack infidel religions and infidel values. Reaching out to home-grown or foreign-born suicide bomber jihadists who present themselves as “moderate” preachers of peace will only endanger us.

Americans, Israelis, and the world’s civilians need to embrace clarity, throw illusion to the winds, and fight like hell until we win. Heroism is now our only option.