Within the Columbus Somali enclave there have been accusations that community organizers have been exaggerating their numbers in order to secure larger infusions of government cash and handouts. Farrah also spent time as a census specialist (the guy is everywhere) and has complained that the government is not counting all of the Somalis. Meanwhile, many in the state have complained about state-funded, Islamic-themed charter schools, where children (a majority of them Somalis) are taught in Arabic and CAIR board members call the shots. The schools have been given failing academic grades in recent years. 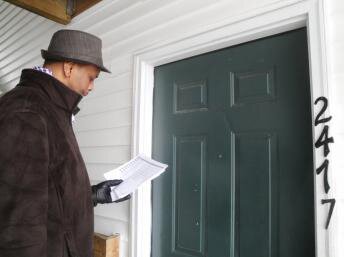 The SEIU also has its hooks in the Somali community. An SEIU Local 1 newsletter from last year appears to be written in the Somali language and shows pictures of Somalis in union garb campaigning against Republican U.S. Rep. Steve Stivers. So it’s not surprising that poll observers reported seeing large groups of Somalis being hauled to the polling location in “union vans.” Recall Farah's comment about how vulnerable members of the Somali community are: "Somebody can just change your mind and tell you if you blow yourself up and things..." Are union operatives pressuring Somalis to vote a certain way?

History often repeats itself. In 2010, a State House race in Missouri was decided by one vote. In the fallout of the requisite lawsuits, there were allegations that as many as 30 Somalis had been instructed to vote for certain candidates by their interpreters. One affidavit said:

That morning a group of three or four Somali adults came in to vote.  None of the Somali’s were able to speak any English whatsoever.  An adult male escorted them into the polling location. …  The adult male stood over the women while they voted … instructing the women how to cast their vote and for whom to vote for.

Anyone know how to say “ACORN” in Somali?